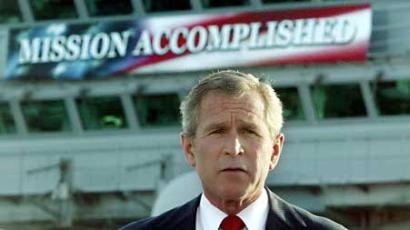 Here are some quotes from US soliders:

“[The photo] was very graphic… They open the body bags of these prisoners that were shot in the head and [one soldier has] got a spoon. He’s reaching in to scoop out some of his brain, looking at the camera and smiling.”

“The car was approaching what was in my opinion a very poorly marked checkpoint… and probably didn’t even see the soldiers… The guys got spooked and decided it was a possible threat, so they shot up the car. And they [the bodies] literally sat in the car for the next three days while we drove by them.

“A lot of guys really supported that whole concept that if they don’t speak English and they have darker skin, they’re not as human as us, so we can do what we want.”

All the above quotes are from The Independent:

Through a combination of gung-ho recklessness and criminal behaviour born of panic, a narrative emerges of an army that frequently commits acts of cold-blooded violence. A number of interviewees revealed that the military will attempt to frame innocent bystanders as insurgents, often after panicked American troops have fired into groups of unarmed Iraqis. The veterans said the troops involved would round up any survivors and accuse them of being in the resistance while planting Kalashnikov AK47 rifles beside corpses to make it appear that they had died in combat.
(Source: The Independent)

This is the truth behind Iraq: it is a brutal, barbaric occupation which makes victims out of the Iraqis and monsters out of the invading military.

I ask again, after reading the above quotes, how can any sane human being think the occupation of Iraq is a just and noble cause?