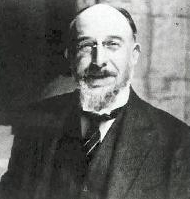 Yeah, another doodle that’s slightly worrying for me. Don’t really know what this one’s about. A doodle I did.