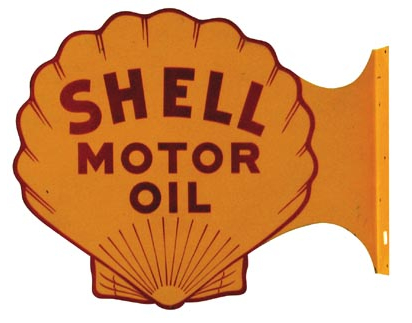 The real root of the Iraq invasion.

Now that everyone apart from Dick Cheney recognises that the Iraq war has been an appalling failure, and now that all the original justifications for the war have long since collapsed, where do those who originally supported it turn? Some just pretend it never happened, or that they really never approved of it.

There is a deafening patter of paws as sundry politicians and pundits rush to the side of this sinking ship, and there have been many displays of selective amnesia worthy of Tony Blair himself. Why, not far from this very page angry voices can be heard condemning as criminal folly a war they once praised enthusiastically. A cynic might even speculate that if the operation had turned into anything that could plausibly be represented as a success, some of these latter-day peaceniks would now be trumpeting victory and denouncing those who always opposed the invasion as fainthearts or traitors.
(Source: The Guardian)

The Iraq war was never about removing Hussein or any threat he allegedly posed to the UK or US. First of all – Iraq, threaten the US? That’s like an ant threatening a whale.

Indeed, if the war was about saving Iraqis from torture, murder and oppression, why have the brave liberators slaughtered 655,000 of them? And tortured, raped and generally oppressed other Iraqis with impunity?

The industry-favoured plan was pushed aside by a secret plan, drafted just before the invasion in 2003, which called for the sell-off of all of Iraq’s oil fields. The new plan was crafted by neo-conservatives intent on using Iraq’s oil to destroy the Opec cartel through massive increases in production above Opec quotas.

The sell-off was given the green light in a secret meeting in London headed by Fadhil Chalabi shortly after the US entered Baghdad, according to Robert Ebel.

Mr Ebel, a former Energy and CIA oil analyst, now a fellow at the Center for Strategic and International Studies in Washington, told Newsnight he flew to the London meeting at the request of the State Department.

Mr Aljibury, once Ronald Reagan’s “back-channel” to Saddam, claims that plans to sell off Iraq’s oil, pushed by the US-installed Governing Council in 2003, helped instigate the insurgency and attacks on US and British occupying forces.
(Source: BBC News)

The rest of it was all shop-dressing: Blair’s “45 minutes,” Colin Powell’s Kruschevian UN grandstanding, waving around dossiers of faked WMD evidence, all of it was misdirection that our media happily lapped-up and regurgitated to us, verbatim.

Now, only a moron would try to defend the Iraq invasion as an operation of pre-emptive “regime change.” That’s why Hazel Blears is supporting that explanation, even though precisely this action was defined as a war crime by the Nuremberg Tribunal. Here’s an MP that’s so thick she’s openly supporting war crimes.

If you read the Guardian article at the start of this post, you’ll see the usual run of pro-war comments from Tories, Republicans, BNP voters, KKK members and all the other armchair generals who so gleefully wave other people’s children off to die. What always amazes me is their philosophical cowardice. Why don’t they simply say, “We wanted the oil so we took it, if you don’t like that, fuck you! We hate Ay-rabs!” Instead, they try to depict Bush and Blair’s massacre in Iraq as some kind of grand humanitarian act.

Funny that the first thing the invaders secured was the oil ministry… they didn’t much seem to care about anything else in Iraq. Of course, there wasn’t that much left after they’d bombed it flat in the name of peace.

And now that supporting the illegal Iraq invasion is being rightly recognised as insane, politicians are rapidly distancing themselves from that vote-losing position. Hmm…

But wait… what’s that I hear? Moves to invade Iran? Apparently, it’s CHOCK-FULL of WMDs that are aimed at us. We’re probably no more than 45 minutes from attack! And look who’s lining up in the chorus to sing us this familiar song – why, it’s all the same cunts who sang that tune about Iraq! Yes! BILLY BRAGG! I only spotted him in the pics when I got home. Probably a good thing I didn’t see him when I was there, I would have wet myself.

I love the way he was just ambling along by himself, no big deal. Now that’s a real socialist! Proper post about the demo here. Well, I persuaded Mandy to go out after the demo. Spalders needed no persuading, he was hyped-up on the 400 cans of Coke he drank during the day. And we had a cool time! But today… oh, my legs! Clicky the piccy!

That was one long, intensely knackering day… 😀 After the anti-Trident demo, Mandy and I had a wander around the Science Museum. Click the piccy above for some snaps of the lovely place! Spalders, Mandy, Sean and I went to the big anti-Trident demo in London yesterday. When I say “big,” there were at least 100,000 people there, judging by the previous marches I’ve been on (though apparently Sky News estimated 150,000). The Met Police estimated 10,000, keeping to their pattern of laughably inaccurate figures. Should we trust a police force that can’t even count?

The protest was huge, the speakers were great, particularly the US speaker from their antiwar movement. It was a knackering day but well worth it. The most heartening thing, as always, was marching alongside tens of thousands of people who want only peace. There’s nothing better than Lensbaby + rain for a blurry, streaky mess! 😀 Just a few Lensbaby snaps inside Foulds. Click the piccy! 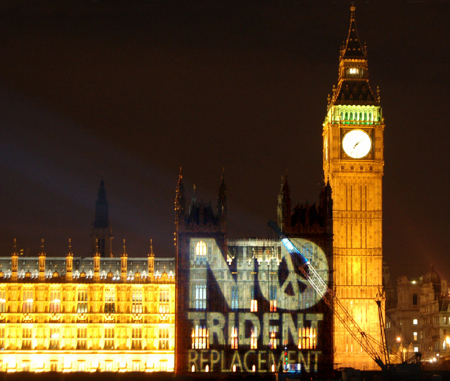 As I’ve said before, there’s always money for war. We need properly-equpped schools, more hospitals, a road system that works. We need to house the homeless and to try to raise our children up from being the worst-off in Europe.

But none of those things are a priority for Butcher Blair. He thinks the tax money of ours he’s spent helping to kill 655,000 Iraqis is a sound investment. And he wants to continue that pattern of lunacy by wasting billions more on nuclear weapons at the same time as decrying Iran’s development of WMDs.

This is your chance to make a difference, to take a stand. What future do you want for yourself and your loved ones? Is it one where Britain becomes ever-more impoverished as our warmonger leaders flush billions into the coffers of the international arms trade? Or is it one where people and peace are put first?

The future is ours to make. We will be heard! 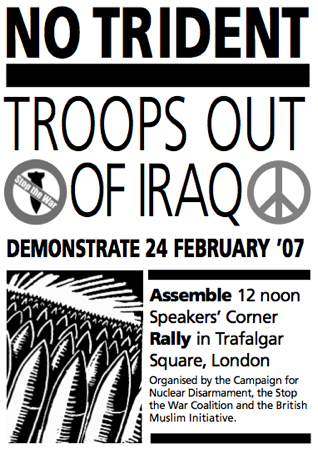 This is the first in a series of old-man rambles about key musical moments in my life. If I think how music has intertwined itself in the most important parts of my life, I can’t imagine those moments without it.

Now, on with the first moment…

Twenty years ago, I was waiting for my girlfriend to get ready and come downstairs. I’d never been loved or in love before, never been kissed before. And now, here I was, waiting for this gorgeous woman who was so beautiful it made me hurt just to look at her.

She was my first.

I was absolutely, madly happy. It was summer and the window next to me was slightly open. Through it, I could hear the sounds over the Derwent valley: boyracers zooming by, copcar sirens in pursuit, kids shouting and playing, the odd house alarm or car bleeping.

I had that bulletproof feeling that you get with your first love, I felt nothing could spoil this happiness.

As I listened to all the sounds, they seemed to be orchestrated into a fabulous piece of music, like some kind of beautiful microtonal Partch-esque ballet (bear in mind I hadn’t heard Harry Partch at that age). I knew consciously that there was no actual order or arrangement there, that the order was a part of my cognition rather than the intentions of a composer. But that only enhanced the beauty of the wonderful symphony I was hearing.

I sat back and listened to all the tiny nuances, the occasional dog yip or lobbed curse and everything, everything, fitted together. Like clockwork, the different miniscule “parts” in the piece meshed together, creating something I’d never heard before. It was music made out of love. Not alcohol or drugs, just pure love.

It really felt like a unique piece of music composed specifically for me.