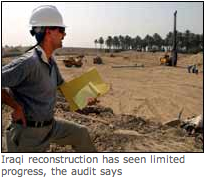 Millions of dollars in US rebuilding funds have been wasted in Iraq, US auditors say in a report which warns corruption in the country is rife.

A never-used camp in Baghdad for police trainers with an Olympic-size swimming pool is one of the examples highlighted in the quarterly audit.

The audit by Stuart Bowen, the special inspector general for Iraq reconstruction (Sigir), is the latest in a regular series of updates to Congress.
(Source: BBC News)

There you go! When another annoying peacenik bleats on about your tax dollars being spent on murdering Iraqi children, you can boldly go “uh-uh” and point them at the above news article.

Yes, while there apparently isn’t enough money in the USA to give its citizens a civilised healthcare system, there’s plenty of money to build un-used swimming pools in Iraq!

And good old George isn’t done yet! No way! He wants $1.2 billion more of your tax money for his big push in Iraq. He needs to convert your hard work into more bombs to kill children with and, let’s not forget, more swimming pools.

What a fantastic president! How can anyone doubt this genius? 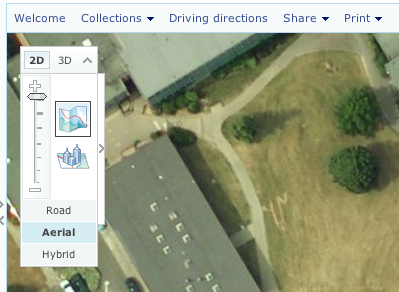 Some years ago, teenage schoolboys at Bellemoor school, Southampton, UK played an end-of-term prank on their teachers. Specifically, they burned a 20ft-long cock into the school’s grass lawn using weedkiller.

The teachers had it reseeded, and the incident passed into memory. However, in the interval between the grass dying and the restoration work…
(Source: Boing Boing)

This is why I love humanity.

Thousands of years ago, some bright early human must have done the first ever drawing on a cave wall. And I’m pretty sure that it will have looked something like this: 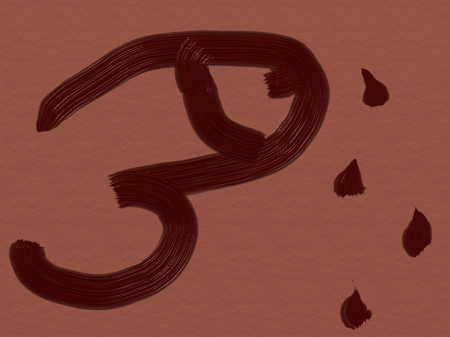 Yes, the classic Jizzing Cock has long been a theme all the great artists have returned to. Who amongst us has never drawn this sacred image of virility and joy? I know I have.

And so, we see the non-jizzing variation preserved by the art curators at Microsoft forever! Let us applaud their philanthropy and service to the world of art! 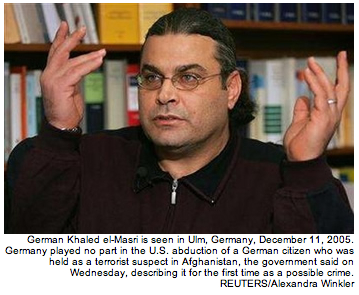 Germany has ordered the arrest of 13 people believed to be CIA agents over the alleged kidnapping of a Lebanese-born German national, in one of the best-known cases of US “renditions” of terror suspects.

The prosecutor’s office in Munich, southern Germany said in a statement that the city’s administrative court had issued the arrest warrants on suspicion of abduction and grievous bodily harm.

German authorities are probing allegations by Khaled el-Masri that he was abducted by US agents in the Macedonian capital Skopje on New Year’s Eve 2003 and flown to a prison in Afghanistan for interrogation before he was released five months later in Albania.

Masri has said he was tortured while imprisoned.
(Source: Common Dreams)

Here we have a classic rogue state: a nation that ignores international law and sends its agents to kidnap innocent people and then tortures them for months.

Yep, the USA sounds pretty rogue to me.

In fact, it’s such a rogue state that it makes no bones about it: the USA withdrew from the ICC precisely because it knew it would be torturing innocent people and engaging in other war crimes. It was a pre-emptive withdrawal so they could wage their war of torture and massacre with no interference from “bleeding heart liberals.”

I doubt that Germany’s legal move will result in any justice for el-Masri. After all, the USA doesn’t care about any form of law apart from the law of its own military might.

But it’s a great step forward for the civilised, law-abiding nations of the world. We have to recognise war crimes when they occur and pursue the war criminals. It’s no coincidence that so far it’s only Germany which has had the courage to seek justice. It’s learnt a bitter lesson about war crimes and criminals from its own history.

If you don’t care about this for humanitarian reasons, maybe I can appeal to pure selfishness. Remember, el-Masri and all the other people kidnapped by the CIA never had any charges brought against them. They never had any legal counsel or were accorded any of their human rights. The USA doesn’t recognise those rights.

Imagine this happening to you. A knock at the door and you’re disappeared out of your country on a secret CIA plane, then you’re held against your will and tortured, never knowing if you’ll live or die. And, seeing how accurate the US intelligence services were about the WMDs they said Hussein had, your entire kidnapping may be based on a mistake.

No liberty, no freedom, no justice. Disappeared by the CIA. Do you want this to happen to you? 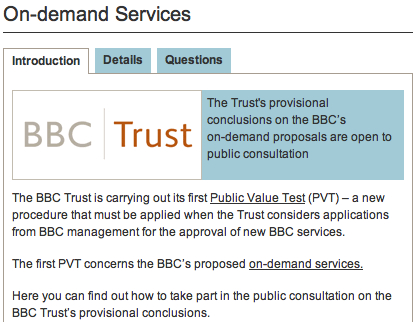 Take 5 minutes out of your day and fill out this consultation form from the BBC on how they should progress with the delivery of on-demand content services (online and otherwise).

That last question is the big one, on-line content should be available to everyone, not just Microsoft users. Let’s pressure the BBC into embracing open standards.
(Source: Happenchance, via BoingBoing)

I’m constantly irritated that I can’t listen to any BBC net radio streams because I refuse to install the flaky, crappy RealPlayer software. Why can’t they deliver all their stations in a non-proprietary format? Why force listeners to install un-necessary software?

Now, the same may happen with future on-demand services. Unless we act now. So please go and take this survey and tell the Beeb you want open standards!