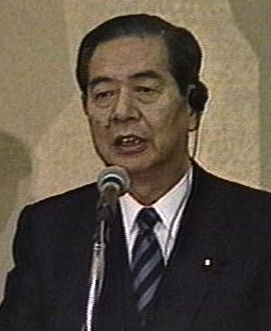 Japan’s defense minister has said US President George W. Bush was wrong to invade Iraq and warned that Tokyo could not automatically renew its air force mission to the war-torn country.

The rebuke from one of Washington’s closest foreign allies came hours after an embattled Bush used his annual State of the Union address to plead for public support to send more troops to Iraq.

“Mr. Bush went ahead in a situation as if there were nuclear weapons, but I think that decision was wrong,” Defense Minister Fumio Kyuma said Wednesday of the 2003 invasion.
(Source: Common Dreams)

Is there any serious thinker left in the world that approves of Bush’s phoney ‘War On Terror?’ Oh, apart from Butcher Blair and the neo-Nazis who mastermind PNAC?

How long before my deam comes true and we see Bush, Blair, Kristol, Cheney and all the other slaughterers of 655,000 Iraqis tried for their war crimes?