This in via roving reporter, Paul Sellars:

Tony Blair has told MPs it would be “unwise and dangerous” for the UK to give up its nuclear weapons.

The prime minister outlined plans to spend up to £20bn on a new generation of submarines for Trident missiles.

Mr Blair said although the Cold War had ended the UK needed nuclear weapons as no-one could be sure another nuclear threat would not emerge in the future.
(Source: BBC News)

So, when we have the WMDs, that’s good! Anyone else – that’s bad! Never mind that these weapons are madness made metal, weapons so dreadful that their use would kill us along with any enemy.

But I guess Blair approves of this form of suicide bombing.

I love the way Butcher Blair thinks that some threat may turn up in the future and therefore it’s worth spending 65 THOUSAND MILLION POUNDS on countering this non-existent enemy.

But hospitals? Education? Public transport? Come off it – those aren’t priorities! What would you rather spend your taxes on, decent trains or some missiles that will poison the earth for thousands of years?

There’s only one response to Butcher Blair’s insane outburst: 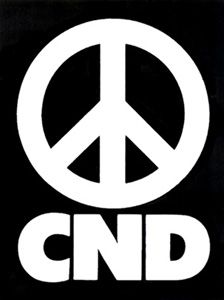 I joined, for the first time in my life, a couple of weeks ago. I recommend you do the same before the mad fuckers blow us all to hell.