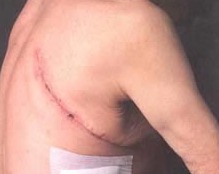 Smoking in enclosed public places will be banned in England from 1 July next year, the government has announced.

The ban covers virtually all enclosed public places including offices, factories, pubs and bars, but not outdoors or in private homes.
(Source: BBC News)

Yes! Now maybe I’ll be able to DJ somewhere without returning home stinking of other people’s deathsticks and spending all the next day coughing and wheezing. And I’ll be able to go out and meet mates in pubs again! No more miserable evenings sitting in a blue haze!

I hesitate to post this article as I’ll inevitably receive irate emails from smokers. These will consist of a limited set of arguments which I’ll cover now:

Question: What right have you got to limit what I do? What about my freedom to smoke?

Answer: Smoke all you want. Smoke sixty an hour, for all I care. It’s your body, you have the right to mutilate or destroy it in any manner you wish. If it were up to me, I’d legalise the use of cannabis, cocaine, Ecstasy, the whole shebang. I believe people have the right to kill themselves if they want to.

But simply because a smoker chooses an elaborate and expensive form of self-harm does not mean that they have the right to take me with them. I do not wish to get cancer as a by-product of their death-wish. For ‘freedom to smoke’ read ‘freedom to harm others.’ So, no, you do not have the freedom to harm others, just as a bully does not have the right to break people’s legs to satisfy their cravings.

Question: Isn’t this the Nanny State? Shouldn’t we be free to do what we want?

Question: You drive a car – isn’t that just the same as me smoking?

Answer: It would be if I parked in the pub next to you and revved my engine until the air was blue with my fumes. I drive in the open air just as the law will still allow you to smoke in the open air. Moreover, the law still allows you to poison your family at home by smoking at them. I’m pretty sure that if I ran my car engine in my front room every day, exposing my loved ones to potent carcinogens, the police and social services would take a pretty dim view of my actions.

Question: This will ruin profits for bars and clubs!

Answer: Firstly, since when are profits a higher priority than the life of customers? Secondly, yes, there probably will be a temporary dip. But having travelled in countries where there’s no indoor smoking in public places, the bars and clubs weren’t empty. Smokers simply go outside for a drag and then come back in. Big deal.