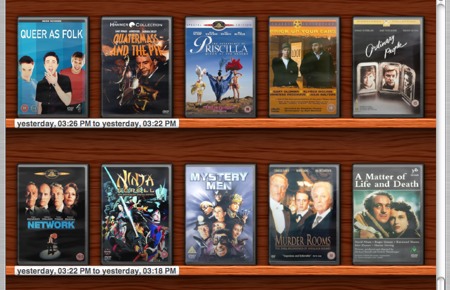 I had a mate round recently and showed him Delicious Library. Like me, he’s into films and video games and, like me, he has a somewhat burgeoning collection.

Okay – I admit it. In the past, I’ve bought the same DVD twice because I forgot I already owned it. But hey, with 270+ DVDs, that’s quite an easy mistake to make.

Now, I don’t worry because I’ve entered all my DVDs into Delicious Library. That’s a screengrab of how DL displays them, above. I love the way it grabs pics from Amazon and then renders them in little cases. 🙂

Here’s a screengrab with the DVDs a little smaller: 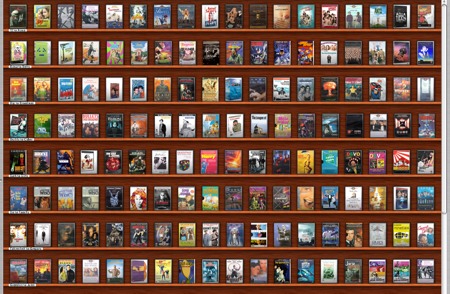 It isn’t as laborious a task as it sounds since DL lets you use a webcam to scan the barcodes on items and then, SHAZAM!, they’re automagically imported. I wish I’d done this weeks ago, certainly would have been a lot less hassle flicking through DL’s virtual shelves on film nights rather than hunting through folders of DVDs. 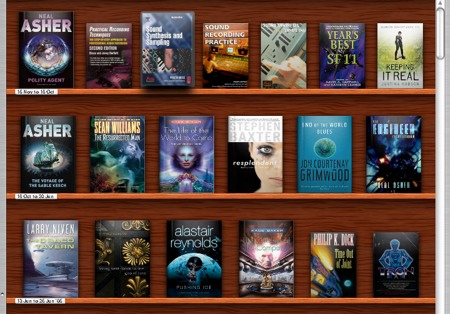 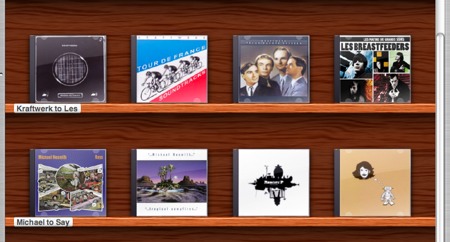 And, of course, games: 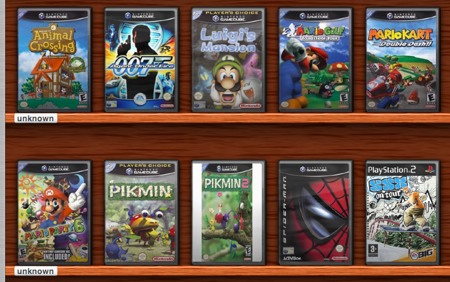 If you’re a collector and a Mac user, it’s twenty quid well-spent! 🙂