Seems a lot of people I know are getting their first Macs! So, to help them out, here’s a list of all the small Mac applications that make my working day / arsing around more fun.

I was going to call this post ‘Essential Mac Apps’ but that’s far too objective-sounding. 🙂

I use this app so much! Everyday, at least, and usually ten or twenty times. All the images in this blog were uploaded and auto-resized (where needed) with ImageWell. It’s a cracking little app, it’ll even let you add speech bubbles and text before saving or uploading your pic. And it’s FREEEE! Yep! Download ImageWell 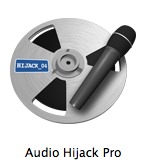 Not free but at around sixteen quid, pretty damn cheap. AHP does what it says on the tin: it lets you record audio from anywhere in you Mac. That could be system sounds, what you’re watching in a video clip, the inputs, whatever. I’ve just transferred loads of old DAT recordings with it and it’s a joy to use. Small, quick, stable.
Here’s Audio Hijack Pro.

This app is a handy-dandy video transcoder / compressor. In other words, if you gt a video clip in one format and want to make it watchable on, say, your iPod, iSquint will do the job for you. FREE! 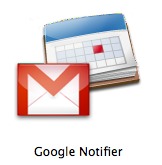 For those of you on the Gmail, Gmail Notifier will pop up when you get a new email. It also keeps track of your Google Calendar events. FREE! 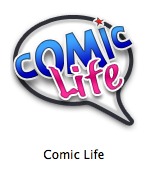 I’ve had so much fun with this app! It let’s you drag and drop images into comic pages, add dialogue, action and description boxes and all the other touches that make a comic beautiful. Even if you don’t want to make your own comics, Comic Life is a wonderful tool for presentations or storyboarding videos and films. Well worth thirteen quid.

VLC media player is a highly portable multimedia player for various audio and video formats (MPEG-1, MPEG-2, MPEG-4, DivX, mp3, ogg, …) as well as DVDs, VCDs, and various streaming protocols. It can also be used as a server to stream in unicast or multicast in IPv4 or IPv6 on a high-bandwidth network.

And they’re right! VLC is FREE!

Hey! Ever wanted to draw flowcharts but too lazy to use those plastic thingies with the holes cut out? Then OmniGraffle is for you! It isn’t cheap at forty quid but if you do a lot of diagramming, it’s the best app I’ve found.

I used OmniOutliner when planning my international gigs. It’s a great way to keep track of what the hell’s going on. It’s saved my arse more than a couple of times and definitely saved me more than the twenty quid it costs. 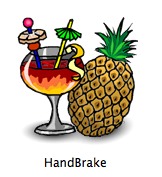 HandBrake is a GPL’d multiplatform, multithreaded DVD to MPEG-4 ripper/converter. HandBrake was originally available on the BeOS, but now has been ported over to MacOS X and to GNU/Linux. A Windows port is being worked on.

I say: … er BACKUP your DVDs today with Handbrake! 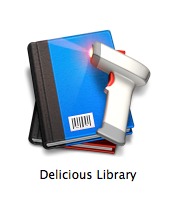 Do you have too many DVDs? Or books? Or video games? Do you sometimes buy the same thing twice because you’ve forgotten you already own it? Then Delicious Library will sort you out. And if you’re lucky and smug enough to have a webcam built into your Mac (or even attached, I guess), you don’t even have to type the items in: you can scan the barcode and DL will look it up for you. How lazy is that? Twenty quid! 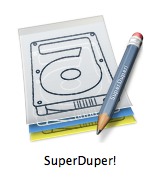 Over the years, I’ve lost shitloads of songs to hard drives that have fucked-up. It doesn’t happen that often, but when it does, you can bet you’re scrabbling round for back-ups. Well, Super Duper! takes all the stress out of backing up your Mac. No more kludges or arcane invocations, it’ll create a bootable backup of your hard drive painlessly. Definitely worth £15 for the peace of mind.

If, like me, you spend a lot of time chopping audio up or you just want an occasional audio editor, Audacity is for you. It’s quick, very stable and FREE!

Now this app is a bit more specialised than the rest:

Numerology is a revolutionary new virtual studio environment from a small company known as Five12. It is a modular sequencing and Audio Unit hosting environment designed for performing musicians. It works by giving the user an organized workspace within which they can quickly create and connect together a variety of modules for sequencing, MIDI generation, automation, audio synthesis and effects. By using Numerology in conjunction with your choice of Audio Unit plugins and hardware synths, you can create an open compositional environment that is truly your own.

I can vouch for all the above. Just start mucking around with Numerology and you can have polyrhythmic melodies flowing out of your speakers. I haven’t used it live yet but it looks very capable in that area too. And the best news: it’s an immensely powerful compositional and performance tool that costs £47. And, unlike Logic Pro, it actually plays its sequences in time.

There was a function on one of the old Microsoft Offices (I’ve forgotten which platform and version) that kept track of every email you wrote, Word docs, Excel etc. While that sounds a bit pointless initially, if you’re running a small business, it’s very handy to keep track of what emails you sent in a chronological way, rather than trawling through your mail program. Well, Onlife does all that for Macs and keeps track of other activity, which you can configure. And it’s a FREE beta! 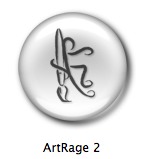 This is an app I’ve only been using for two days but I’ve got no hesitation in adding it to this list as it’s so much fun! ArtRage 2 costs a tenner and it’s a lovely painting program. It can produce stuff like this: 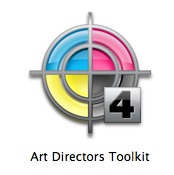 I use this most often when I’m doing webby stuff. It’s handy to have for nicking colours, managing colour schemes – all the stuff you’d imagine implied from something called Art Directors Toolkit. It came free with my Mac and maybe you’ve got a version with yours, hiding in the apps folder? If not, you can buy from seven to twenty quid, depending on an array or options.

Do you use Usenet? Do you know what it is? If you’re curious, have a look at Unison. It’s the best Mac Usenet app! £13.

Another lovely bit of kit from Panic, Transmit is my favourite FTP app. It makes uploading files piss-easy and you can configure it for drag-n-drop operation. Lovely! Fifteen quid.

Last but certainly not least, Pic2Icon is a very useful app. If you have any images on your desktop without icons, drop them onto Pic2Icon and it’ll make the icons into thumbnails of the images. Makes organising your stuff so much easier. Also works with PDFs! It’s FREE!