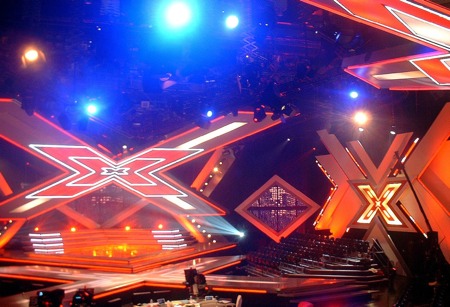 And, yes, I’m watching it. It’s car-crash TV: you feel wrong for watching but it’s hard to drag your eyes away from the carnage.

Almost exactly three years ago, I said this about TV “talent” search shows. I won’t repeat the meat of that rant but I will repeat this one snippet:

If you think you’re a great singer, why queue up for hours for a 30-second audition? If you’re that good, why don’t you form your own label and release your records yourself?

This is the one thing I end up screaming at the telly when X Factor is on. It’s full of people who start crying and wailing when they don’t get through, claiming that music is their lifeline, their only reason for existing.

If that’s true, then why the hell are they auditioning at X Factor in the first place?

Music is the most open and the least hierarchical of contemporary art forms. If you want to be a painter or a other fine artist, you don’t get anywhere unless you suck-off the mavens of the art world. You don’t even exist artistically unless someone shows your work somewhere.

If you want to be a musician, all you have to do is be a musician. Nobody owns music, nobody can say what is good or bad, worthy or unworthy of attention.

Look at me: I’m a good keyboardist, average singer and poor guitarist. And yet, music is my job. Do you think anyone who looks like I do would ever have got through the X Factor or Pop Idol filters? If I’d relied on shows like this to launch my musical career, I’d still be waiting round, trying to perfect the crappy fake American accent and r’n’b warbling that seem to be the prerequisites of success on these shows.

Where is the fire? Where is the passion to be a musician? Why the hell are all these people queuing up so passively, like so many bleating, snivelling sheep?

It’s easy. If you want to be a musician, book a gig. Or make a record. Or stick up an mp3 for download.

That’s all you have to do. Make some music.

Anyone can be a musician. But not everyone can make a living at it. If you want to be a musician to make money, I suggest you try re-training as a plumber instead since they’re richer than the average musician.

That’s how I’ll be watching X Factor from now on. Every time I see a new person auditioning, I’m going to ask myself, “Why are they doing this? Plumber or musician?”

I think I’ll be shouting “PLUMBER!” a lot…