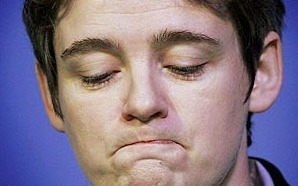 The communities secretary, Ruth Kelly, will today call for a “new, honest debate” about rooting out extremism, arguing that it is “not racist” to discuss immigration and asylum.
(Source: The Guardian)

Hear, hear! Finally, Ruth Kelly has had the courage to stand up and tackle the real issues: rooting out extremists from minority communities.

And here’s where you can help. If you’re white and reading this, answer this question:

The BNP are a racist, fascist grouping of white people, whose supporters have been connected with violent attacks, murders and even bombings. Although they now project a respectable face, they are to neo-Nazi groups what Sinn Fein is to the IRA.

In some areas, white communities have even voted these people into power. So I ask you,

Yeah, you. After all, if the first duty of every single Muslim in Britain is to “root out extremism” from their community, why should it be any different for whites?

I can hear you saying:

“But I’m not a racist. Or a fascist. In fact, I don’t know any white people who are. Sure, there are probably some around but I don’t know them – why would I want to know morons like that? Why should it be my responsibility to fight the BNP simply because we share the same skin colour? It’s the police’s job to tackle criminals, not mine! What’s it got to do with me!?”

Indeed. And I’m sure Muslims in Britain will be thinking similar thoughts about supporters of Al Quaeda or other terrorist nutters who just happen to be Muslims. Terrorism is no more a part of Islam than it is Roman Catholicism. Or should we start calling the IRA “Catholic fundamentalists?” This might strike home with Kelly who is a fundie nutter herself and may be a member of Opus Dei.

When Kelly says “Muslim community” she’s proposing some kind of monolithic, homogenous group of people. The truth is far more complex: there are myriad Muslim communties in Britain, often with little in common or even hostile to each other.

Kelly is simply doing a more wordy version of the following:

Do you see my point?

That would be ridiculous. And racist.

I see those groups as being supported by a tiny, tiny minority of the white population, isolated and out-of-touch with the majority of law-abiding, non-racist whites. Therefore, to ask the entire “white community” as a whole to root out these extremists is pointless.

When Kelly, Blair and the other New Labour liars start these kind of campaigns, they are engaging in a similarly pointless exercise. The only thing they will achieve is to increase racism against Muslims and all other brown people in Britain as they whip-up white people’s xenophobia for their political ends.

Think about it. We’re all in danger from terrorists, no matter what philosophy they spout. The murderers who carried out the London bombings last year didn’t care about their victims. They didn’t care if they were white, black or brown, Jew or Muslim. They simply wanted to murder a mass of people and throw this country into despair, fear and terror. Dividing us along racial and religious lines until we’re all eyeing each other in shivering fear.

It appears, with the help of this government, that they’re achieving their goal handsomely.