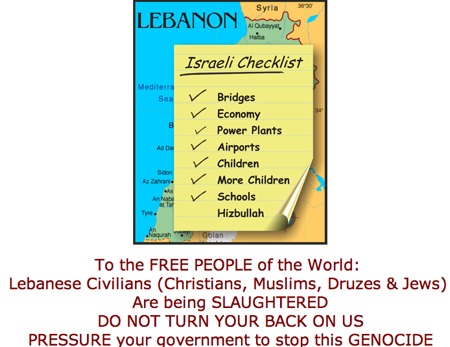 At least 100 GBU-28 ‘bunker-buster’ bombs containing depleted uranium warheads have been rushed to Israel by the US for use against targets in Lebanon. The bombs were delivered via Prestwick airport in Britain.
(Source: Stop The War)

Here are two pictures of Beirut, before and after Israel’s illegal attacks:

And, if you’re left feeling angry and impotent by the above horror, all being condoned by our government and smiling Butcher Blair, here’s what you can do about it: 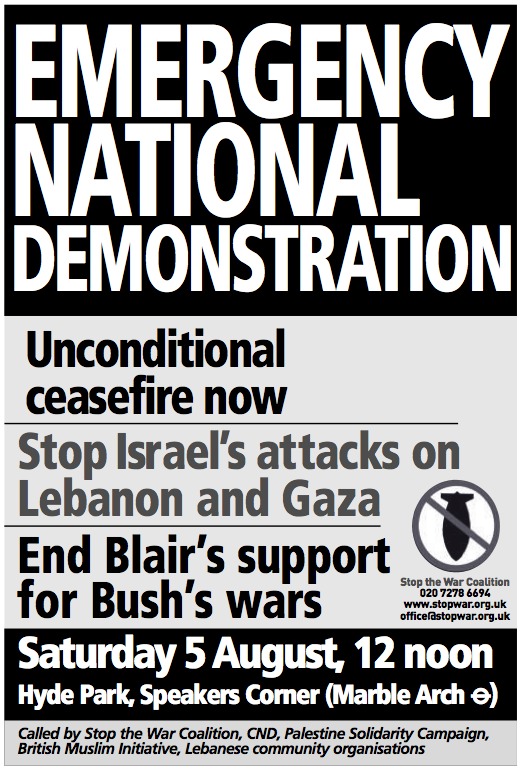 Remember, if enough people marched tomorrow, more Labour politicians would come out against Blair. Blair should be kicked out of Number 10 and placed in a jail cell for his murder of Iraqis and supporting the current campaign against Lebanon.