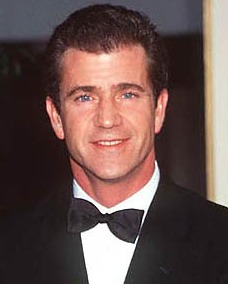 Mel Gibson has been formally charged with drink-related offences after an incident in which he made anti-Semitic comments during his arrest.

The Oscar-winning director is accused of driving under the influence, having a raised blood-alcohol level and having an open alcohol bottle in the car.

The Associated Press news agency reports that Mr Gibson told the arresting officer: “The Jews are responsible for all the wars in the world,” and asked him: “Are you a Jew?”
(Source: BBC News)

Can you believe the above crap? “The Jews are responsible for all the wars in the world?” What? How does that even make sense? It takes a black-hole level of stupidity and Nazi-evil to spout bile like that.

Remember the furore about The Passion Of The Christ? And how Gibson denied all the allegations of anti-Semitism?

Doesn’t look too good for godboy Mel now, does it? Still, as a devout Catholic, it’s not that surprising to see Mel returning to one of the old-school values of the Roman church: Jew-hating.