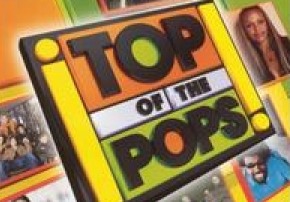 The BBC’s flagship pop music programme Top of the Pops has been cancelled after 42 years, the BBC has announced.

“The time has come to bring the show to its natural conclusion,” said the BBC’s director of television Jana Bennett.

In a statement, the BBC said the weekly programme could no longer compete with 24-hour music channels.

Top of the Pops was first broadcast in 1964, from a converted church in Salford, Manchester. The final edition will be shown on 30 July.
(Source: BBC News)

Well, it was inevitable. The show has been declining for at least a decade now, probably longer. That’s one of the reasons I refused to go on it when I was number one, it was already a ghost of the programme it used to be.

To people under twenty-five, TOTP must be something of a curious anachronism – what’s the point of a chart show when you can flick on your own niched, tighly genre-bound 24hr music channels? Why sit through piles of rubbish to see maybe one band you like, if you’re lucky? Hence the plummeting viewing figures.

But if you’re closer to my age (or over it), TOTP was a huge part of growing up. The same as hovering over your cassette recorder on Sundays, waiting to tape your fave songs. I remember going into school the day after TOTP had featured debut performances by people like Adam And The Ants, Madness and Soft Cell. It was all kids talked about. It was part of 20th century mass culture, millions of people watched it.

And that’s why it’s gone. It belongs in the 20th century. There’s as much place for it in the 21st as there is for handwritten letters, phone boxes and 35mm film. We cling on to those things, like we’ve clung onto TOTP, out of a warm nostalgia for when we were little. But if there’s no social basis for a part of culture, you can’t prevent it withering away. The pop video was the first thing to chisel away at the importance of a show like TOTP but even though it kept limping on, it couldn’t adapt to our changing pop music cultures.

We don’t care about the chart, we each have our own charts. And even if we do glance at the “official” chart occasionally, it’s now always crammed with major label dross and fabricated authenticity like Sandi Thom. Unlike in the ’70s and ’80s, singles never build now, they’re hyped into the upper reaches and then drop like bricks. The official chart has been compromised and rendered irrelevant by the actions of major labels so why would we watch a TV programme based around it?

I would love to see a BBC programme that featured pop music, one that wasn’t as worthy and middle-of-the-road as Later but not as frothy and inconsequential as the MTV fare. But I’m not sure if that kind of programme would get the mass audiences TOTP used to, I think those audiences are a thing of the past. At least in the Western world…

UPDATE!
Click here to hear a former presenter’s opinion on the death of TOTP.