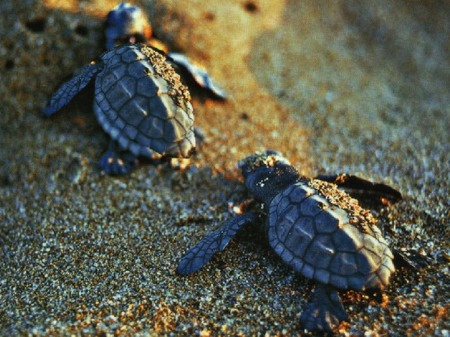 (I should warn you, I’m insanely sleep-deprived as I type this so it may become quite perfect nonsense.)

Last Saturday, I went to my school reunion. I met people I hadn’t seen for over two decades. Inevitably, we asked each other the same questions time and time again: what do you do now? Married? Kids?

My year all seemed reasonably happy and content. I guess most of us have already had our mid-life crises. Or perhaps the people who turn up to reunions are always the ones who feel happy enough with their lives to go?

Although most people knew that I’m a musician, a couple were more curious and asked about money, daily routines, gigging. So I rambled on about the last gigs I played. And while I was doing that, I had a Wonder Years kind of epiphany, complete with voice-over.

Come with me as I explain…

I first started playing solo electronic gigs when I was 18. I’d be playing to mates from college, the Young Socialists and other youthy-dominated groups.

When I played last year, I looked out at a sea of young faces again, and I was shocked. Most of the kids at the gigs were between 16 and 21, with a smattering of really old people of 25 or so. And I was 39!

So here’s me, baby turtle scuttling down the beach on the way to the sea. When I dug my way out of the sand an hour ago and started my journey, I was surrounded by my peers. It was turtles all around me. Now I’m looking round and I’m on my own. It appears my comrades have been picked off by passing opportunist feeders: straight jobs, mortgages, significant others, kids.

Where once I was one turtle in a crowd, I’m now looking around, waving my little flippers and…

…I’m alone on the beach.

Music is essentially a young person’s activity. Not all music, not all the time. If I played jazz or country or trad folk, I’d be a young pup, barely fit to shine my elders’ shoes. But pop music, rock music is overwhelmingly ruled by youth.

I’ve been involved in the Derby music scene for the last 24 years. During that time, I’ve seen endless crops of new bands come and go. Every fashion turn, every “scene” has had its own reflection in terms of Derby bands. In ’82, Derby kids were hauling around temperamental synths and drum machines, in ’92 they were wearing layers and trying to look like Cobain. Everything changes, everything stays the same.

All those bands, all those kids have come and gone. I appear to be the only turtle still on the beach of my age.

Sometimes that’s funny, in a cruel way. The young blade guitarist who slags off every other band going and boasts of being the next Hendrix / Dimebag inevitably ends up as a glum bank clerk, scowling as he passes you your cash. The musicians that are the most arrogant, the most vicious to their peers always seem to end up the most bitter and defeated.

Too many times I’ve seen great songwriters and musicians throwing it all away because of drink / drugs. There are heartbreaking stories that I can’t tell in a public space like this. I don’t just mean the obvious drugs like heroin or cocaine: I’ve seen so many musicians dissipate their energy in endless clouds of weed. What starts off as an adjunct to music-making too often ends up displacing it entirely.

I’m not saying there’s some kind of Logan’s Run for musicians. Of course there are Derby musicians around well over their thirties. But we’re the tiny minority. We’re the weirdoes. We’re the strange old people at the back of gigs with ear-plugs in, chuntering about Chakk and The Poppy Family.

You can view the average musician’s career like this:

Age 8-14: Start playing an instrument. Get quite good at it.

Age 14-16: Do first gigs, often in school halls and friends’ sheds. Receive wild acclaim even though you’re rubbish because the audience is made of friends / family. Your audience is often older than you, especially if your Gran is there.

Age 16-18: Do “proper” gigs at local kind venues like The Vic. You’ve got a bit better and there are actually people at your gigs you don’t know personally. Yowza! Your audience is around your age.

Age 18-21: Woooh! Now you’ve arrived! You’re a big band on the scene, everyone’s talking about you. Around 19-20, they absolutely love what you’re doing. You have stage invasions, your first groupies, kids point at you in Reveal as you strut through. But hold on… some of you have left for Uni. The band doesn’t feel the same. Isn’t as much as fun as before… Around 21, even though you’re better than you ever were before, your audiences start dropping. Your mates don’t come out to support you any more and the younger kids, they’re just not interested: they’ve got their own, new bands. Your audience is now starting to look a bit young to you.

Age 21-26: You play loads of gigs out of Derby. You receive A&R interest which always seems to melt away to nothing. You all move out of your parents’ and, one by one, the true horror of rent and bills drops on your heads. None of you seem that keen on practicing any more, though you’ve always got time to meet up for “a smoke.” A lot of band time is spent reminiscing about amazing gigs from when you were 18. You seem to have lost the closeness you had when your were idiot kids in a band having fun. Your non-musical mates have all got jobs and boyfriends / girlfriends by now so you never see them at gigs or clubs. They’ve joined The Disappeared. You start complaining that the Blue Note is “full of bloody kids” even though you were in there with all your mates at 16.

Age 40: You’re at work. You haven’t touched a musical instrument in years. A kid comes up to your counter with mad hair, madder clothes and a guitar over her shoulder. You hear yourself saying, “Oh, you play guitar? Yeah, I used to be in a band you know….”

If you’re a young musician and the above has made you sad / angry, well, I’ve done my job. I’m not saying the above is what’s going to happen to you specifically, it’s simply the path of most musicians. Say 95%.

I’m just trying to warn you about what happens to most young turtles like you on the way down the beach.

The future isn’t written. It’s hazy and changing with every choice you make. If you’re reading this and music is everything to you, your life, your love, your best friend, there’s no reason why that ever has to change. Don’t believe that you have to give up your dreams. In fact, what’s the point of a life without dreams?

Before I got any major label money, I was doing a degree hoping to get a crap job with which to support my music. Everything I did was aimed at making music. I didn’t ever think I was going to make money from music but I knew that I’d be a musician, a songwriter, forever. I didn’t give a fuck if I never sold one record as long as I could make music that I loved.

At the reunion, a couple of people asked me if I minded being a one-hit wonder. I replied that I was delighted to be a one-hit wonder as I never expected to have any hits at all. Hopefully, the above rambling will have explained why I feel like that.