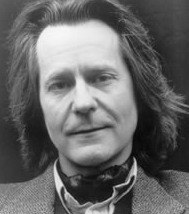 On 7/7 Mr Blair said “these atrocities will not force us to change our way of life.” He then proceeded to change our way of life by making us all numbered conscripts in society instead of free citizens – for that is what ID cards do. Instead of protecting our liberties he is busy giving them up in the vain, in fact ridiculous, hope that doing so will keep us safe. It will not: to put 60 million citizens under permanent police surveillance to catch 60 or even 600 disgusting criminal lunatics is both a crime against freedom and an utterly futile act.
(Source: The Guardian)

Some very good points made by AC Grayling. He ably takes apart Blair’s vision of Britishness. 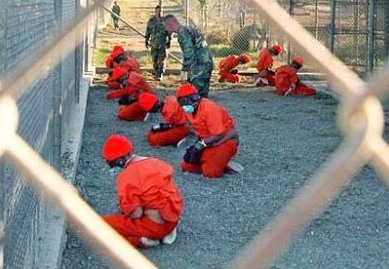 The US should close any secret “war on terror” detention facilities abroad and the Guantanamo Bay camp in Cuba, a United Nations report has said.

The UN Committee against Torture urged the US to ensure no one was detained in any secret facility.

The US has been holding hundreds of terror suspects arrested since 11 September at facilities in Iraq, Afghanistan and Cuba. It has been accused of operating secret prisons and transporting some detainees to states which use torture.

The committee also recommended in its 11-page report that the US should:

* Register all those it detains in territories under its jurisdiction
* Eradicate torture and ill-treatment of detainees
* Not send suspects to countries where they face a risk of torture
* Enact a federal crime of torture
* Broaden the definition of acts of psychological torture
(Source: BBC News)

Another damning indictment of Bush’s War On Terror. If the “Long War” is partly one of winning the hearts and minds of the world, then Bush has plainly already lost. Apart from the neo-Nazi neocons and their scattering of followers, who in the civilised world thinks that Guantanamo is a good idea? How can the illegal kidnapping and imprisonment of innocent people ever be justified by anyone?

The shame is that our government has supported this US atrocity. Blair has backed his master Bush at every turn and even now kowtows to the monosyllabic moron. At the same time as Blair is making pronouncements about “respect” and “yob culture,” he’s supporting a regime that kidnaps children and believes torture is a legitimate tool of interrogation. We have a war criminal in Number 10 lecturing us about our lack of polite behaviour!

If you look at the US old media, this UN report is already being spun. If this condemnation was of North Korea or Iran or China, you can bet the reporting would be different. But it’s of the USA so…. The US mass media knows that it has to be a good little doggie.

As for the US government, it clearly only listens to the UN or cedes any authority to it when it is carrying out a US-approved agenda. Hence, any criticism of the US is met with fingers in ears and loud la-la-la-ing.

Guantanamo isn’t an aberration, it’s a central example of the current US government’s morality.

The PNAC cabal clearly wants only one world authority: the USA:

The Pentagon’s latest Quadrennial Defense Review, the fancy name for the Defense Department’s “big think” strategy that is supposed to come out every four years, has to be seen as the Bush administration’s ultimate Plan for Empire. It lays out a Thirty Years’ War-type battle plan for an expanding U.S. military presence worldwide, to fight a war against an enemy which is, at most, a few hundred strong.

Officially, Secretary of Defense Rumsfeld calls it “The Long War,” a propaganda term designed to echo “the Cold War,” and the Pentagon intends to brainwash Americans into supporting a generation-long struggle that will lay the groundwork for an American hegemony in the 21st century. It is, indeed, the Project for a New American Century.
(Source: Tom Paine.com)

I’m not for a minute denying that terrorism isn’t real. Soon, it will be the anniversary of the July 7th bomb attack on London. 52 people were murdered. We clearly need to protect ourselves against the many flavours of killer out there: Nazis, separatists, fundamentalists, crazed militias. They all seek to take innocent life for their own insane causes.

But we cannot let our defence be perverted and hijacked by the imperialist agenda of Bush and Halliburton. Where we want peace and safety, they want war and fat profits. Our lives, the lives of Iraqis and Iranians mean nothing to them. They will enslave us to ensure our “freedom.”

Guantanamo is the ideal for Bush. It is his vision for the entire world, a world under the heel of the New American Empire. 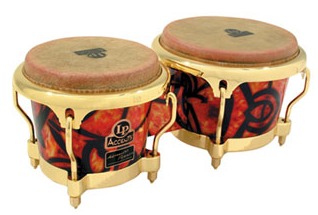 Did you steal my bongos?