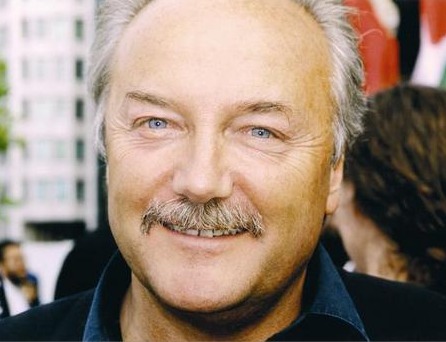 George Galloway, in an interview with The Metro in london on Tuesday –

“The Metro – Will Gordon Brown make a better Labour leader?

Galloway – Gordon Brown and Tony Blair are two cheeks of the same arse.”

In terms of the persecution he’s received, how the masses have been brainwashed to hate him and the unquestioning derision heaped upon him by the media, surely Galloway is the Noughties Derek Hatton.

Hatton was the major reason I joined the Militant. In the mid-’80s, he was the most villified lefty in Britain. I’d see him on telly every night getting barracked by reporters. But every time, motormouth Del would win. He’d turn every personal attack on him into a class attack on Thatcher and capitalism.

So one day, I walked up to a bloke selling the Militant in Derby, where the fat ram statue is now, and bought a copy. I was a ball of unfocussed rage and revenge. But I’ve rambled about this before…

I don’t think Galloway has the same class appeal. But anyone who can disrupt and enrage the New Labour coterie of war criminals is alright in my book.

Whatever, he’s a politician and all politicians are cunts. In the end, you have to ask yourself: who’s killed more people, Blair or Galloway?