Well, it had to happen. The fake miniature photoshopping craze is sweeping the nets. And I have succumbed!

The best tutorial is here. (Note that for my first effort, I’ve used my own pic of Charing Cross Station. It looks pretty much the same as a test pic in the tutorial, I’m guessing because they were both taken from the London Eye.) 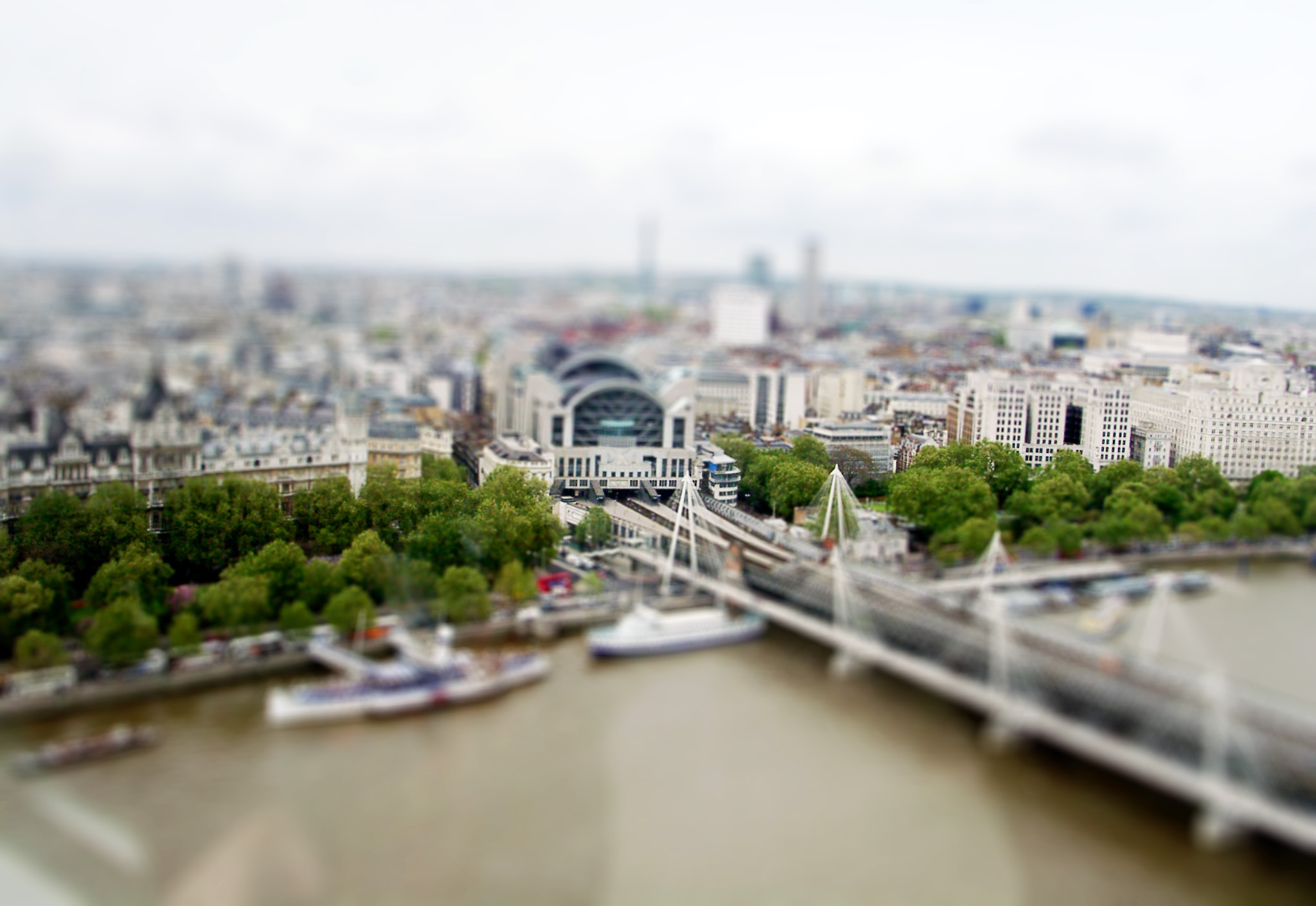 Have a look at the full-size pic by clicking here.

Not bad for a first attempt but I don’t think my source pic is ideal. Still, it’s fun, have a go yourself! 😀