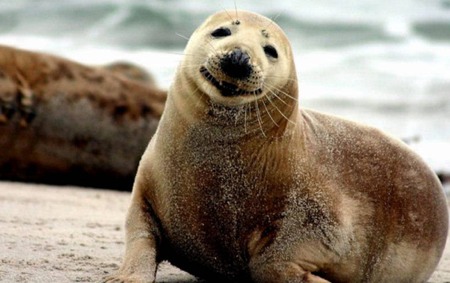 This immense flattery just in:

After getting into various new artists through your website as well as the usual means – I then shove this great music into all of my friends ears (particularly those of my brother!) and they love it!

I’m probably going to be ‘DJing’ at a night that the singer of my bro’s band Lynch Rider Lulu is putting on in Camden in May and you can bet your ass that my ‘set’ (heh heh) is gonna be inspired by your eclectic DJ sets! Indeed, I’ve been making compilation CD’s like nobody’s business and they’re being really well received by friends etc.

So, if it wasn’t for you I may never of heard of great artists like The Perceptionists, Modeselektor, Serge Gainsbourg, Herman Dune, Plans & Apologies, Venetian Snares and Athletic Mic League to name a few.

Sorry to go on and sound a bit ‘gushey’ (is that even a word?) – I just really wanted you to know dude!
(From Matt Garner)

Since realising that my DJing in Derby was essentially pointless, I’ve had a handful of emails from people thanking me for DJing and saying how they found new music via my weekly playlists.

As an over-emotional, songwriting kind of feller, I was a bit depressed at my Bless DJing ending. But the upswing of that pendulum is that these emails have cheered me up loads! 😀

All I want to do with my DJing is help people find some of the absolutely fan-fucking-tastic new music out there. Every year, I hear more great new music and every year less of it gets on the TV or radio. Indeed, people who judge by the mass media frequently moan to me how awful the contemporary music scene is.

You just have to look a little further.

So… I’ll have to find some other way to get the word out. Maybe I should simply DJ in my sitting room to my mates and then post up that playlist? 🙂

I’ve been carefully checking out the podcasting and net radio options and it’s all a bit scary. I don’t want to pay out thousands in licensing or get taken to court by the BPI.

Ideally, I’d love my own show on Radio 2 where I could ramble on about all the connections / background of the music I play and perhaps have guest bands in for sessions. That would be the total wet dream!

Ironically, as I’m typing this, I’m watching Top Of The Pops and the music is so utterly godawful that I’m now bleeding from every orifice.

So GIMME A SHOW, YOU BASTARDS!

I’d like these bands in session for my first show, ta: 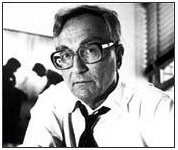 The Bush administration has sent undercover forces into Iran, and has stepped up secret planning for a possible major air attack on the country, according to the renowned US investigative journalist Seymour Hersh.

One former senior intelligence official is quoted as saying that Mr Bush and others in the White House have come to view Iran’s president, Mahmoud Ahmadinejad, as a potential “Adolf Hitler”. According to a senior Pentagon adviser on the “war on terror”, “this White House believes that the only way to solve the problem is to change the power structure in Iran, and that means war”. The danger, he adds, is that “it also reinforces the belief inside Iran that the only way to defend the country is to have a nuclear capability”.
(Source: The Independent)

Seymour Myron (Sy) Hersh (born April 8, 1937) is an American investigative journalist and author based in New York City. He is a regular contributor to The New Yorker on military and security matters. His work first gained worldwide recognition in 1969 for exposing the My Lai massacre and its cover-up during the Vietnam War, for which he received the 1970 Pulitzer Prize for International Reporting. His 2004 reports on the US Military’s treatment of detainees at Abu Ghraib prison gained much attention.
(Source: Wikipedia)

In my far less qualified opinion, I also believe that the US is building towards attacking Iran. It’s stated reasons for doing so are as false as the reasons it gave for its attack on Iraq. As I write this, the same gang of corrupt supporters of murder are starting their media campaign against Iran. They are the paid mouthpieces for the PNAC cabal, they will be selling the lie of why America must invade Iran to the world. The real reasons remain the same: oil and power.

What we have to decide as free citizens is what we’re going to do about it. As Britons, we have the freedom to protest, to stop our government once again playing sidekick to Bush’s slaughter. These aren’t freedoms granted to us by kings or Parliaments, these are freedoms we’ve won for ourselves, over centuries of struggle, against our ruling classes.

And now Butcher Blair is removing our right to protest. The anti-terrorism laws aren’t being used to fight terrorists, they’re being used to harrass pensioners and silence political opponents.

So, I believe you have to scream now. You have to fight and shout and march and sing and type and do everything possible to Stop The War.

Because if you don’t, you might never have the chance to open your mouth again.