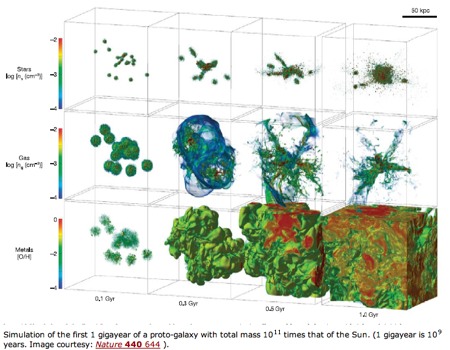 Two astronomers have performed one of the world’s largest astrophysics simulations to date in order to model the growth of galaxies. Using the “Earth Simulator” supercomputer in Japan, which is also used for climate modelling and simulating seismic activity, Masao Mori of the University of California at Los Angeles and Masayuki Umemura at the University of Tsukuba have calculated how galaxies evolved from just 300 million years after the Big bang to the present day. The results show that galaxies may have evolved much faster than currently believed (Nature 440 644).
(Source: Physics Web)

This is why I love astrophysics: the concepts it develops and discusses are hugely brain-stretching. If this model is accurate, it changes how we think galaxies develop over time and a lot of astrophysics textbooks will be outdated:

Until now, galaxies were thought to have evolved gradually and become enriched in heavier elements beyond hydrogen and helium over a period of 10 billion years by repeated star formation and supernova explosions.

“Our finding shows that galaxy formation proceeded much faster and that a large amount of heavy elements were produced in galaxies in just 1 billion years,” says Mori.
(Source: Physics Web)

As an aside, isn’t this bit lovely?:

These observations, first made in 2003, show that we are living in a flat universe comprising just 4% ordinary matter, 22% dark matter and 74% dark energy — in agreement with the standard model of cosmology.
(Source: Physics Web)

Let me put that into diagrammatic terms for you: 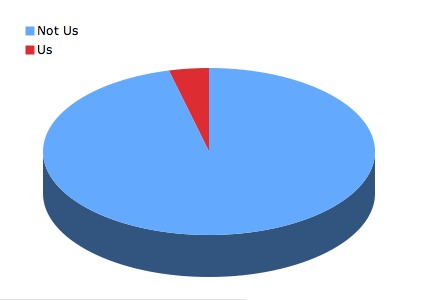 See that little red bit? That’s you, everything you know and have interacted with and all the rest of the ordinary matter in the universe. The blue bit, the 96%, is the crazy-ass shit we don’t properly understand yet. (And we’re not completely knowledgable about that 4% either.)

If there is a God, I’m pretty sure shehe has got a world of dark matter beings somewhere that shehe cares for and watches over. We’re obviously just some scrap at the side, the sawdust left over after making some fine table.

Either that or shehe is absolutely rubbish at woodwork. 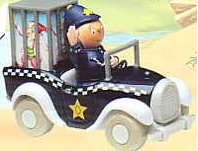 “Hello, hello – where’s the darkies that need beating up then?”

Well, on Friday, some friends of mine got attacked by vicious thugs. And where were the police?

And here’s the bittersweet irony – guess who drums for this band? Yep, Daniel, who sent me this email:

Im probably only emailimg you this because on saturday i was entrapped by the police, got the sack and i am also going to have to pay an £80 fine for the privilege.

So, the Notts police manage to have enough time and money to entrap Daniel but when his band is attacked by a bunch of thugs they don’t even bother turning up.

Got to love our boys in blue. They’ve got their priorities well sorted. Why deal with violent villains when you can entrap pubworkers and hassle kids for smoking a bit of weed?