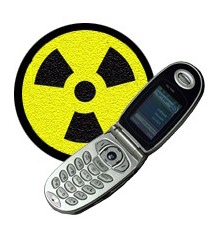 STOCKHOLM (Reuters) – The use of mobile phones over a long period of time can raise the risk for brain tumors, a new Swedish study said on Friday, contradicting the conclusions of other researchers.

“The study also shows that the rise in risk is noticeable for tumors on the side of the head where the phone was said to be used,” it added.

Kjell Mild, who led the study, said the figures meant that heavy users of mobile phones, for instance of who make mobile phone calls for 2,000 hours or more in their life, had a 240 percent increased risk for a malignant tumor on the side of the head the phone is used.

“The way to get the risk down is to use handsfree,” he told Reuters.
(Source: Reuters)

Is everyone else as confused as I am?

Sign the call for a tribunal into the Iraq war
Total signatures:

TONY BENN leads a campaign to investigate breaches of The Nuremberg Charter and Geneva and Hague Conventions during the Iraq War and occupation.

Read the letter and submission

Read reply from UN Secretary-General’s office: “your letter raises matters which are of extremely serious concern”

“I think the politicians should be held to account … my view is that Blair should be impeached.” General Sir Michael Rose, who led the UN forces in Bosnia.

Via the ever more reclusive and Hughesian Paul Sellars:

Your ideas and your policies have promoted selfishness, greed, short-term solutions, bullying, and pain for others. You have looked in the faces of children and denied the existence of a “common good”. You have disdained and denied the idea of “altruism”. At one time, our bureaucracy was full of people who had gone into government service or scientific research for altruistic reasons–I knew, because I knew some of them. You have driven them out and replaced them with vindictive ignoramuses.
(Source: Huffington Post)

The article is basically an attack on prominent right-wingers who originally supported the illegal invasion of Iraq but are now changing their positions. I don’t believe this change of heart is based on any moral pangs: knowing the history of some of the little Hitlers that the article lambasts, I’m inclined to believe it’s simply because the US hasn’t yet managed to win the war with its blitzkrieg tactics.

I’m sure if they had, these PNAC scumbags would be crowing about how right they were all along.

Click here to see a few pics that I took on London Road recently.