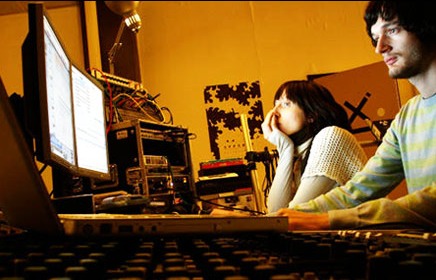 The best new track this week was Ellen Allien & Apparat‘s ‘Under.’ I’m a fan of both acts individually and I’m overjoyed that their collaboration has made something lovely and new rather than being a dilution of either. ‘Under’ is both modern and old, sonically new and yet melodically rounded and catchy. Look out for their album, ‘Orchestra of Bubbles,’ which is out at the end of April. I think this album will be in my top list for 2006. Now might be a good time to get your pre-orders in, glitchy pop fans. 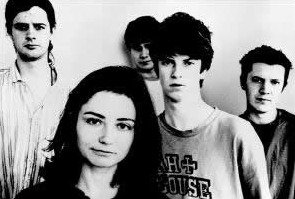 The best old track was Gorky’s Zygotic Mynci’s ‘Spanish Dance Troupe.’ This is such a simple, three-chord pop song and yet every time I hear it, I have to sing along. It’s charming and quirky without ever being willfully “wacky” and it has the lightness of touch and silvery melody that Gorky’s have practically patented. Just the neighing at the end makes it a work of genius. Are they hibernating still or deceased? I know Euros has just released a solo album. The Gorky’s website hasn’t been updated in a year… 🙁