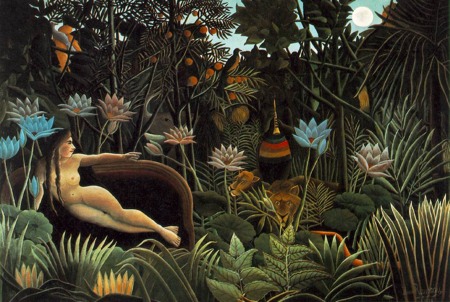 Last night, after re-patching all my MIDI connections in the studio, I finally got to sleep at around 5am.

And I had the most vivid dream where I was playing a song I’d recorded on some fantastic bit of gear, the shape of which my brain can’t hold now that I’m awake. The song was ultra-poppy, in a 6/8, rollicking kind of way.

When I woke up, I could still hear the song in my head. So, I hurried downstairs and bashed it out on the piano. Sounds pretty good. But the weird thing is that it’s not the kind of thing I’d normally write. The chords are all over the shop and the vocal… well, to be honest, I’m not a good enough singer to sing it. The range is too big 🙁

I’d be interested to hear from any other songwriters who write songs in their sleep. This is the second time I’ve managed to carry a dream song into my waking world. The first time, I dreamt I met Michael Nesmith and he gave me this awesome country song.

The anxious part of dream songwriting is when you first wake: the song can quickly evaporate. I’ve had that happen quite a few times and the frustration is immense. You can hear wisps of the melody but it keeps slipping out of reach.

Maybe I should start sleeping with a little Casio next to the bed?

This news just in from Plans And Apologies lovely lad, Welsh Dave Williams:

I was interested in your post on song dreams as I have had them regularly. What often happens to me is I either dream of a song, or have a tune formulating itself in my head when I’m semi conscious just before sleep, and the next morning it comes back to me when I’m walking to town or wandering around the supermarket or something and usually fragments of the dream come with it.

I also seem to find that tunes I dream up are quite different from ones I think of when I’m conscious, mainly because I’m not putting my hands on a guitar and immediately figuring out a logical chord sequence, I’m trying to work
out what the precise noise in my head is and play it, and as it’s been arranged by my subconscious it’s usually pretty random.

Unfortunately, most of these songs end up shit.

What it always makes me think is, do non-songwriting types get tunes in their dreams as well, a concoction of whatever music they’ve heard that day rearranged and chopped up and stuck back together? Or is it the overworking songwriter’s brain constantly trying to work out new ways of sticking dem notes together? I don’t remember having any such dreams before I became obsessed with writing songs.

Apparently “Yesterday” came to Paul in his sleep. Or maybe I just made that up.

I think he raises some good points there. Are there any non-songwriters out there who write in their sleep? And if you do, what does it sound like? God, that must be even more frustrating, not even knowing how to translate it into waking world music.

I dunno if Paul wrote ‘Yesterday’ in his sleep. I do know it was originally called ‘Scrambled Eggs.’ Yes.

Yet another roving report, this time from Matt ‘Where’s My Fucking iMac?’ Swan:

had a couple of pearlers, never could remember it properly in the morning… life gets in the way… or maybe breakfast.

We’re back to the scrambled eggs again, innit? 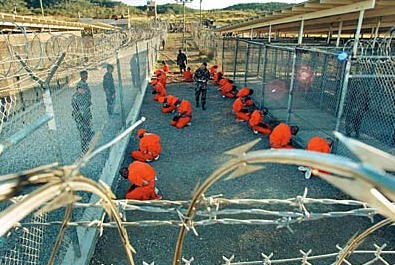 A high court judge yesterday delivered a stinging attack on America, saying its idea of what constituted torture was out of step with that of “most civilised nations”.

The criticism, directed at the Bush administration’s approach to human rights, was made by Mr Justice Collins during a hearing over the refusal by ministers to request the release of three British residents held at Guantánamo Bay.

The judge said: “America’s idea of what is torture is not the same as ours and does not appear to coincide with that of most civilised nations.” He made his comments, he said, after learning of the UN report that said Guantánamo should be shut down without delay because torture was still being carried out there.
(Source: The Guardian)

More criticism for America’s gulag, this time from a high court judge. Yes. If you aren’t already familiar, British high court judges aren’t known for being raving Commies. This is stinging criticism from a pillar of the British establishment.

Of course, the Bush government will shrug it off, as it did the UN report:

Scott McClellan, the White House press secretary, dismissed its findings as a “rehash of old allegations” and “a discredit to the organisation”. “The detainees are being treated humanely,” he said. “Remember these are terrorists.”
(Source: The Guardian)

Hold on, I’ve got to turn on the big type for this bit for any Tories / Republicans reading…

HELLO! WE HAVE A CONCEPT CALLED ‘INNOCENT UNTIL PROVEN GUILTY.’ IT’S BEEN A PART OF WESTERN LAW FOR QUITE A WHILE NOW – HAVE YOU HEARD OF IT? IT REQUIRES CHARGES, EVIDENCE AND A TRIAL BY PEERS.

HAS ANYONE AT GUANTANAMO RECEIVED ANY OF THE ABOVE?

No? So when Mr. McClellan says, “Remember these are terrorists,” that isn’t true or in any way proven. That’s just him lying through his big, proto-fascist mouth.

And right there is why the judge is right: the US government is now conveniently ignoring basic tenets of international law when they get in the way of its rapacious imperial programme.

This may work for the Bushites in the short-term but what does it hold for the future? If the US can throw the Geneva Convention and anything else it feels like out of the window, what does this mean for its citizens should they ever be captured by unfriendly forces?

The current US administration is a danger not just to the people of Iraq (and Iran and any other oil-rich nation), it’s also endangering the future safety of its own citizens and eroding previously seriously regarded universal human rights. 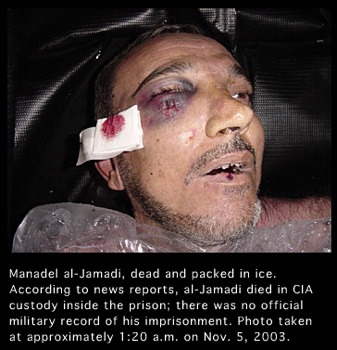 Doesn’t it make your heart swell with pride?

Thank god our lads are keeping the British end up by beating the crap out of defenceless, helpless civilians. And corpses. Wouldn’t want anything like a fair fight, eh?

A video obtained by the London newspaper News of the World shows British Army soldiers in a Basra military compound brutally beating four Iraqi teenagers, and apparently kicking a dead man in the head.

The video was reported to have been filmed in January 2004 during widespread protests against the record levels of unemployment that have accompanied the US-led war and occupation of Iraq.
(Source: World Socialist Website)

Now we see the Anglo-American vision of a democratic Iraq: make any trouble and we’ll either beat the shit out of you or fly in the CIA to torture you to death. You have no rights, you are scum, your life is worthless.

Reminds me of the Chinese in Tibet.

Hold on a minute… I think I’m onto something here. Both Butcher Blair and Bush want to watch their entire civilian populations at every chance possible, issue ID cards, biometrically scan and track every journey. Both governments couch these attacks on our liberty as acts of immense patriotism and anti-terrorism.

If you just change “terrorist” to “counter-revolutionary,” you’ve got pretty much the Chinese dictatorship’s entire justification for its tyranny.

The irony being that since the UK and US are richer than China, they have more funds with which to oppress their people. Where do these funds come from? From our taxes! They’re going to charge us to remove our freedom. Takes the fucking biscuit when you think about it that way, eh? we will buy the technology to remove our every freedom.

If you’re reading this in Britain or America, be aware that you will soon have less liberty than the average Chinese citizen. Every liberty stolen will be accompanied with proclamations about “Homeland Security” or “anti-terrorism.”

At the same time as spouting it’s lies about freedom and liberty, this is what the US government is actually doing: 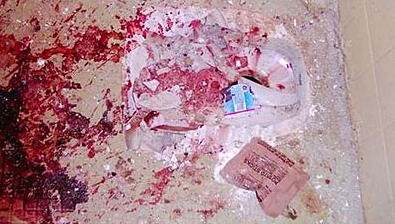 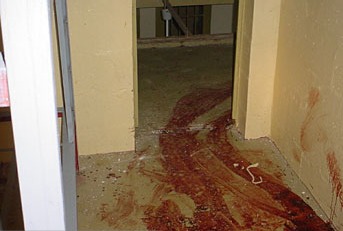 Here’s the latest UN report on the US’ Guantanamo Bay camp:

The 54-page report called on Washington “to close down the Guantánamo Bay detention centre and to refrain from any practice amounting to torture or cruel, inhuman or degrading treatment”.

The UN commission on human rights report was based on interviews with former detainees, public documents, media reports, lawyers and a questionnaire filled out by the US government.

The five envoys from the commission said photo evidence alone – corroborated by testimony of former prisoners – had shown detainees were shackled, chained, hooded and forced to wear headphones and goggles.

“Such treatment amounts to torture, as it inflicts severe pain or suffering on the victims for the purpose of intimidation and/or punishment,” the report said.

Some of the interrogation techniques used at the detention facility itself – particularly the use of dogs, exposure to extreme temperatures, sleep deprivation for several consecutive days and prolonged isolation – caused extreme suffering.
(Source: Common Dreams)

What has the US government done in response to this damning report? Why, just ignored and rubbished it. Just the same as the Chinese government ignores and rubbishes any criticism of its torture, kidnapping and murder of its troublemakers.

The US has been holding around 500 innocent people captive at Guantanmo for up to four years. No charges, no evidence, no trials. These people have been kidnapped, pure and simple.

Imagine if any other country in the world had done the same? Imagine if China had rounded up 500 Western civilians (some of them children) and held them in prison on the grounds that they may be counter-revolutionaries. No charges, no evidence, no trials. For four years. What would the reaction of the world be then?

And yet the mass media of the world is still sucking Bush’s dick, spreading his propaganda as gospel.

I have to repeat: if you’re reading this and you’re American, don’t think for a minute that I’m anti-American. I’m not: I’m anti the US-government just as I’m anti my own government, anti-Al Quaeda and anti- any regime or religious / political movement that seeks to deprive people of their lives or their liberty.

There are no sides here, they are all equally rotten. We seem to have leaderships on all sides who are all morally bankrupt, who are all mass-murderers and who are all evil in the truest sense of the word. Bush = Blair = Bin Laden.

Try to spot the difference.