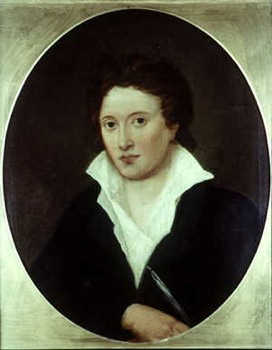 As The Great Cartoon War rumbles on and reason is engulfed and cowed by fundamentalist raving of every religious hue, I think now, more than ever, you need to read this:

“If we wish to explain our ideas of the Divinity we shall be obliged to admit that, by the word God, man has never been able to designate but the most hidden, the most distant and the most unknown cause of the effects which he saw; he has made use of his word only when the play of natural and known causes ceased to be visible to him; as soon as he lost the thread of these causes, or when his mind could no longer follow the chain, he cut the difficulty and ended his researches by calling God the last of the causes, that is to say, that which is beyond all causes that he knew; thus he but assigned a vague denomination to an unknown cause, at which his laziness or the limits of his knowledge forced him to stop.

Every time we say that God is the author of some phenomenon, that signifies that we are ignorant of how such a phenomenon was able to operate by the aid of forces or causes that we know in nature. It is thus that the generality of mankind, whose lot is ignorance, attributes to the Divinity, not only the unusual effects which strike them, but moreover the most simple events, of which the causes are the most simple to understand by whomever is able to study them. In a word, man has always respected unknown causes, surprising effects that his ignorance kept him from unraveling. It was on this debris of nature that man raised the imaginary colossus of the Divinity.

If ignorance of nature gave birth to gods, knowledge of nature is made for their destruction. In proportion as man taught himself, his strength and his resources augmented with his knowledge; science, the arts, industry, furnished him assistance; experience reassured him or procured for him means of resistance to the efforts of many causes which ceased to alarm as soon as they became understood. In a word, his terrors dissipated in the same proportion as his mind became enlightened. The educated man ceases to be superstitious.

It is only by hearsay (by word of mouth passed down from generation to generation) that whole peoples adore the God of their fathers and of their priests: authority, confidence, submission and custom with them take the place of conviction or of proofs: they prostrate themselves and pray, because their fathers taught them to prostrate themselves and pray: but why did their fathers fall on their knees? That is because, in primitive times, their legislators and their guides made it their duty. “Adore and believe,” they said, “the gods whom you cannot understand; have confidence in our profound wisdom; we know more than you about Divinity.” But why should I come to you? It is because God willed it thus; it is because God will punish you if you dare resist. But this God, is not he, then, the thing in question? However, man has always traveled in this vicious circle; his slothful mind has always made him find it easier to accept the judgment of others.

All religious nations are founded solely on authority; all the religions of the world forbid examination and do not want one to reason; authority wants one to believe in God; this God is himself founded only on the authority of a few men who pretend to know him, and to come in his name and announce him on earth. A God made by man undoubtedly has need of man to make himself known to man.”
(Source: Infidels.org)