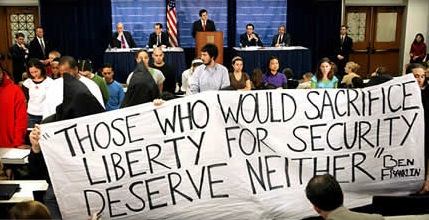 Alberto Gonzales spoke before law students at Georgetown [University] today, justifying illegal, unauthorized surveilance of US citizens, but during the course of his speech the students in class did something pretty ballsy and brave. They got up from their seats and turned their backs to him.
(Source: Insomnia)

The pic above has really cheered me up. There’s the Attorney General, spouting some bullshit in an attempt to justify the illegal surveillance of American citizens. And there are some future lawyers shunning him.

Think of the courage that kind of protest takes in the US right now, a country that is rapidly approaching the old Soviet Union in terms of state repression, media toothlessness and a never-ending war against “the enemy.” Just take any old Soviet speech and replace “capitalists” with “terrorists” and you’ve got the gist of it.

What if you want freedom? Freedom of speech, movement, to not be spied on by your own government? What if you want liberty? Well, hell, are you a terrorist? Only a terrorist or a terrorist sympathiser would dare question the almighty government. In fact, you no longer have a right to question. Anything you say will be held against you and presumably added to some NSA file. Imagine the old KGB with the technology that the modern US agencies have access to…

So, that’s why I salute these students. In making their protests, they’ve been photographed, it’ll be on their records. They’ll probably be investigated / wiretapped. It will certainly affect their future employment opportunities. They knew all this before they decided to make a stand. And yet they decided the future of their country was more important than their own personal status. Would you do the same? 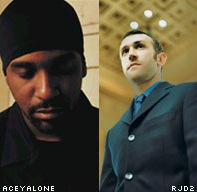 The best new track tonight was ‘All For U’ by Aceyalone and RJD2. It’s from the forthcoming stunna, ‘Magnificent City.’ I’d normally stick a load of links in here to various related sites but I can’t find one goddamned site that isn’t hobbled by the CANCER OF THE WEB KNOWN AS FLASH. GAAAAH!

Anyway, even if their websites are all rubbish, their music is ace. ‘All For U’ pops with a head-nodding beat and Acey’s as on form as ever. Real lyrics, lyrics you can connect to and that actually try to draw you in. Get your pre-orders in for the album now, it’s due out on Feb 7th. 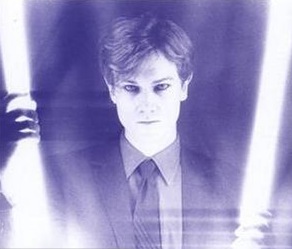 The best old track was by the geezer above, John Foxx. ‘Underpass’ is a cracking lump of Blitz Kid synthpop, taken from the seminal album ‘Metamatic.’ If you see any electroponces around nowadays with silly hair pretending to be robots, they owe a lot of it to John Foxx. Who ripped it all off Kraftwerk, naturally. 😀

This is taken from a transcript between and Israeli commander and his troops:

SENTRY: We spotted an Arab female about 100 meters below our emplacement, near the light armored vehicle gate.

HQ: Are you talking about a girl under ten?

CC [on general communications band]: Any motion, anyone who moves in the zone, even if it’s a three-year-old, should be killed. Over.
(Source: Boing Boing)

What hope have we when we live in a world that produces the above?

There’s nothing more I can say about this.