…I was standing by the Flowerpot and a rather smartly-dressed bloke came up to me. He said:

Excuse me, do you speak English?

He thanked me (in English) and walked off.

And people wonder why I think Derby is a strange city.

This morning I received two emails wanting to know where the pics from last night’s Bless Crimbo Party were. I find it edifying that the young men of Derby should be so interested in the welfare of an important local pub, venue and social nexus. 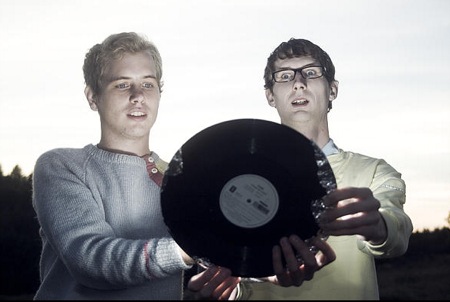 Tonight’s top new tune was yet another Swedish indie combo, Suburban Kids With Biblical Names. It was the goirgeous ‘Loop Duplicate My Heart’ and it’s yet another example of how Sweden is now the king, queen and kong of all things indiepop. Because I love you, you can be lazy and have a listen to it by clicking here. And then pretend to your hipster friends that you’re fully down with the happening Swedie Indish scene. G’wan! 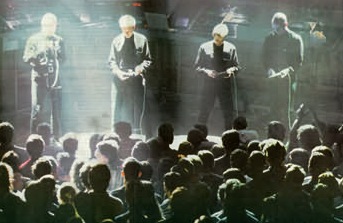 The best old track tonight was obviously Kraftwerk’s ‘Computer Liebe.’ Kraftwerk have never done a bad track but I played this one because of the er, heartfelt tribute that is Coldplay’s ‘Talk.’ Hearing the original in all its splendour only confirms Kraftwerk’s genius. This track is also from the best album ever, ‘Computerwelt.’ Even though it’s twenty-four years old now, contemporary megastars are still ripping it off and it informs every modern genre, from whingey indie through microsound to hip hop. Let us bow down before Kraftwerk and beg to kiss the hem of their garments.

I didn’t take any Christmassy pics last year so today I nipped into town and got some festive snaps. The German market always looks super-Christmassy when it’s dark. Hmmm… maybe I should get some long exposure shots of that windmill? 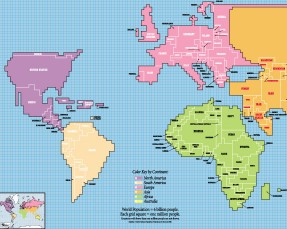 Have a look at the map above. Each country’s area is mapped to their population. I can’t help but think that the US looks too small and the UK too big. India looks enormous! Big, slightly more legible version here.

Maya Evans, 25, this week became the first person to be convicted under the new laws banning demonstrations near Parliament. She was given a conditional discharge and ordered to pay £100 in costs after being found guilty of breaching Section 132 of the Serious Organised Crime and Police Act 2005. Her “serious” crime was to stand by the Cenotaph, close to Downing Street, reading aloud the names of the 97 British soldiers who have died in Iraq.
(Source: The Independent)

We’re constantly hearing about how the evil league of terrorists out there are out to destroy our very way of life, our grand freedoms.

I actually believe this. I believe that Bin Laden and his handful of psycho fuckheads would subjugate us in a repressive state or, failing that, kill us. They’re murderers, pure and simple.

The double act of Blair and Blair (that’s Tony and Ian), wave terrorism at us to demand ever more restrictive, invasive and unjust laws. They’re whittling away our rights every day. It’s a creeping fascism.

At every step we’re given bland assurances that the powers they ask for would only be applied in the interests of our national security. Really? What kind of threat was Maya Evans when Blair’s stormtroopers arrested her?

Britain is now a country where reading a list of names of British soldiers who have died in combat has become a crime.

I cannot believe this. If someone had told me this was going to happen ten years ago, I would have dismissed it as ultra-left paranoia. And yet, here we are. In Butcher Blair’s toadying to Bush, he’s dragged this country into a position where our basic freedom of speech is gone.

Please read the full article, linked above, for other examples of how Blair and his boys in blue are protecting our freedoms by abolishing them.

You’re 75. You’ve been diagnosed with throat cancer. You could just keep quiet, like the vast majority of your peers and other musicians, painters, writers, broadcasters, journalists and media hacks. After all, we all know 100,000 Iraqis have been murdered but no-one’s saying anything about it. Our US-dominated media hides this modern Holocaust.

Or you can choose to use your voice, to send it out into the world, alone and unarmed against the biggest empire in history and their legions of liars and tame media. Stalinists / Maoists stop freedom of speech by state control of the media, American capitalism simply buys the press it wants.

LONDON — The playwright Harold Pinter turned his Nobel Prize acceptance speech Wednesday into a furious protest of American foreign policy, saying that the U.S. not only lied to justify waging war against Iraq but also “supported and in many cases engendered every right-wing military dictatorship” in the past 50 years.

“The crimes of the United States have been systematic, constant, vicious, remorseless, but very few people have actually talked about them,” Pinter said. “You have to hand it to America. It has exercised a quite clinical manipulation of power worldwide while masquerading as a force for universal good. It’s a brilliant, even witty, highly successful act of hypnosis.”
(Source: Chicago Tribune)

No doubt there’ll be a flurry of anti-Pinter articles in the lackey media now, financed by dollars from the CIA. He’ll be villified by the right-wing media goons who serve the American Empire and whitewash its crimes.

But the world is waking up. Millions of us have been on the streets, we know what’s going on. We got rid of one evil superpower with the fall of the Soviet Union. Now we’ve just got two more to go…

The Department for Culture, Media and Sport is responsible for 11 websites, including what may be the least-visited on the web. UK World Heritage Sites (www.ukworldheritage.org.uk) managed just 77 unique visitors last year, Richard Caborn, the minister responsible, told parliament. The site’s top news item announces a seminar taking place in May this year. Another site, Agora (www.agora.culture.gov.uk), supposed to help the department and its sponsored bodies communicate, had 457 visits last year. Together, the department’s 11 sites cost £43.4m in the financial year 2004-05, Caborn said.
(Source: The Guardian)

Hmmm… 11 websites, £43.4 million pounds a year? Sounds like a great use of my tax money. I mean, could you maintain a website that attracts 77 visitors a year with a budget of only £3.9 million pounds? C’mon!

For the last couple of years, I’ve been getting around 8000 unique visitors per month reading Bzangy. That’s 96,000 a year. And I’ve managed this paying out a massive £100 a year to my webhost (hi, Keyvan!).

How about this: I’ll take over the running of all the Department for Culture, Media and Sport’s websites, including commercial hosting with industrial bandwidth, unlimited email addresses and, as a little sweetener, some lovely animated gifs. And I’ll do all this for a tenth of what they’re paying now. That’s right, I’ll charge them only £4.34 million pounds a year. Bargain!

Does anyone in the government actually have even the vague inkling of a clue about contemporary technology? How the hell does nearly forty-four million quid of our money get spent on just one department’s websites? 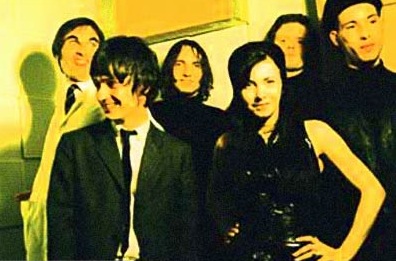 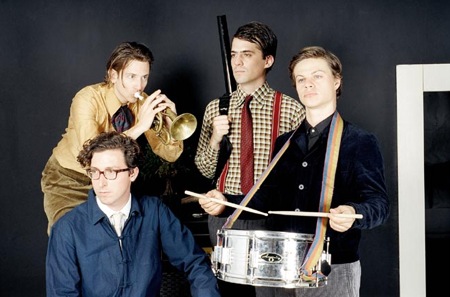