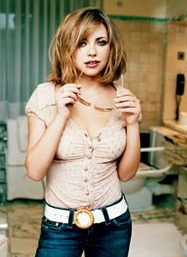 I’ve just heard Charlotte Church’s new single, ‘Even God Can’t Change The Past.’ And it raises some interesting philosophical points.

Years ago, I used to invite the Jehovah’s Witnesses in to talk about religion. After a while, they got fed up and started avoiding me. Yep, they avoided me.

One of my constant sticking points with all religions, besides the fact they’re all fairy-tales elevated to the status of great truth, is their internal contradictions. If you’re going to believe a load of claptrap, at least make it internally consistent. Let’s start with god.

Now, if god is indeed god, she/he/it is omniscient and omnipotent (at least in the Abrahamic religions). Omnipotent means “all-powerful.” God can do anything. Anything. Since god created this universe and all the laws therein, it’s as difficult for god to perform miracles as it would be for me to change a sprite in a computer game I wrote. It’s my game, my universe.

At least, that’s what I’d say. I remember the Jehovah’s disagreeing with me. My question to them was this:

“God is, by definition, omniscient. Therefore, god knows everything, the football results of every game ever, the thoughts of every ant, the position and velocity of every particle in the entire universe at every Planck second. Before god even created this universe, god knew I’d be picking my nose this morning, how often I played with myself and the entire history of the human race. Our free will is merely an illusion since god knows exactly every decision we’ve made and will make.

To god, our entire universe is like a well-worn VHS tape he/she/it knows backwards and forwards.

Therefore… how can we be judged? How can there be heaven and hell? If I starved a man for week and then put him in front of a tasty meal but told him it was a sin to eat, would I be surprised when he scoffed it? And would it be moral for me to punish him for his transgression?”

The Jehovah’s answer to me was that god doesn’t know the future. My reply to that was:

A god that doesn’t know the future isn’t god. It’s the same as a god that can’t change the past. Or stop time. Or juggle. The creator of the universe, the creator of space/time knows and can do everything. Anything less isn’t God but merely a god, like the ones Europeans used to worship before this Middle-Eastern cult known as Christianity moved in.

So perhaps the god of Charlotte Church and the Jehovah’s is a bit like Thor or Apollo. Hurls some thunderbolts around, smites people that like bum-fun a bit too much but isn’t God, just a little god. And that’s why there’s the other gods with him, like the Devil and the angels and Santa and the saints and The Justice League and The Double Deckers. For a monotheistic faith, that’s a shedload of supernatural beings running around, innit?

If only these were the good old days of Christianity and uppity women were burnt alive at the stake. It’s what a loving God would want! Either that or a good stoning. You know God loves it when we murder each other with rocks, it’s what he created the universe for!

So… Charlotte Church, don’t be fooled by her lambent beauty and lovely breasts. She’s very probably a witch or a goblin.