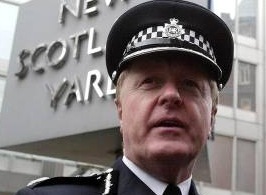 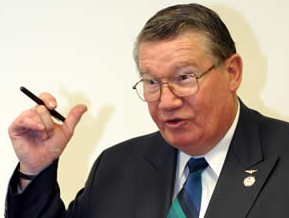 A “trophy” video appearing to show security guards in Baghdad randomly shooting Iraqi civilians has sparked two investigations after it was posted on the internet, the Sunday Telegraph can reveal.

The video has sparked concern that private security companies, which are not subject to any form of regulation either in Britain or in Iraq, could be responsible for the deaths of hundreds of innocent Iraqis.

The video, which first appeared on a website that has been linked unofficially to Aegis Defence Services, contained four separate clips, in which security guards open fire with automatic rifles at civilian cars.

In one of the videoed attacks, a Mercedes is fired on at a distance of several hundred yards before it crashes in to a civilian taxi. In the last clip, a white civilian car is raked with machine gun fire as it approaches an unidentified security company vehicle. Bullets can be seen hitting the vehicle before it comes to a slow stop.
(Source: Common Dreams)

Every day now, I come across a story like this. More horror about yet another way innocent Iraqis are being murdered by their Western “liberators.” And none of it is ever shown on our TV news so, for most of the populace, the horror doesn’t exist. They just see Butcher Blair’s smarmy grin and hear his lies about “liberation” and “democracy” in Iraq.

Meanwhile, private security firms are murdering people with no consequence. Just slaughtering them in their cars and videoing the results to show off their prowess. The people carrying out these murders are our generation’s Nazis: they’re the concentration camp guards who joked as they raped and murdered millions of Jews.

The video first appeared on the website www.aegisIraq.co.uk. The website states: “This site does not belong to Aegis Defence Ltd, it belongs to the men on the ground who are the heart and soul of the company.” The clips have been removed.

The website also contains a message from Lt Col Spicer, which reads: “I am concerned about media interest in this site and I remind everyone of their contractual obligation not to speak to or assist the media without clearing it with the project management or Aegis London.

“Refrain from posting anything which is detrimental to the company since this could result in the loss or curtailment of our contract with resultant loss for everybody.”
(Source: Common Dreams)

Heart and soul of the company? Where do I start here? What kind of psychotic videos themselves murdering people and then sticks that proudly on a website? How fucked in the head do you have to be? And notice that the boss of Aegis, Spicer, is more concerned about his contracts and media profile than if his employees routinely murder people. Nice.

[Capt Adnan Tawfiq of the Iraqi Interior Ministry] said: “When the security companies kill people they just drive away and nothing is done. Sometimes we ring the companies concerned and they deny everything. The families don’t get any money or compensation. I would say we have had about 50-60 incidents of this kind.”

A spokesman for Aegis Defence Services, said: “There is nothing to indicate that these film clips are in any way connected to Aegis.”

Last night a spokesman for the Foreign Office said: “Aegis have assured us that there is nothing on the video to suggest that it has anything to do with their company. This is now a matter for the American authorities because Aegis is under contract to the United States.”
(Source: Common Dreams)

Once again, we murder Iraqis, pass the buck and nothing is done. Those innocents are dead and their killers get away with it, even after videoing their crimes and posting them on the internet.

What kind of hell have we created in Iraq?