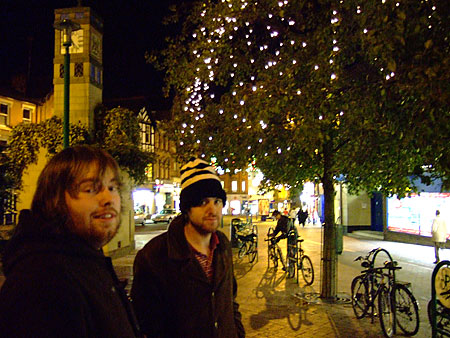 It’s getting near Xmas. In this season, we should spare a thought for those less fortunate. Not in January or the rest of the year, fuck ’em then, just for the next thirty or so days.

Doing my bit, I found the above tramps in the city centre. They were obviously crackheads, they were muttering about some band they claimed to be in. Poor things! So, I bought them a cuppa and gave them 50p each before heading home to my mansion and a very tasty lobster dinner, smothered in caviar and gold. Yum!