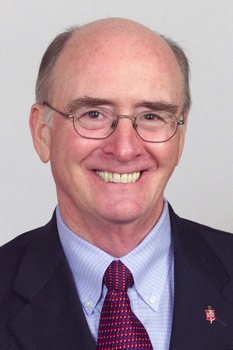 Ninety-five bishops from President Bush’s church said Thursday they repent their “complicity” in the “unjust and immoral” invasion and occupation of Iraq.

“In the face of the United States administration’s rush toward military action based on misleading information, too many of us were silent,” said a statement of conscience signed by more than half of the 164 retired and active United Methodist bishops worldwide.

President Bush is a member of the United Methodist Church, according to various published biographies. The White House did not return a request for comment on the bishops’ statement.
(Source: Common Dreams)

Oh dearie me… Bishops from Dubya’s own church are now anti-war? What will he do in response to this statement, seeing as he makes himself out to be such a great Christian? Ahhh… I forget – Bush doesn’t need to listen to his church, he’s got a direct line to God Almighty himself. Just like Bin Laden. And apparently, God’s been telling them both to slaughter innocent people and run round cackling about his glory in the subsequent rivers of blood.

Of course, the bishops are very careful not to slag-off Bush personally, even though he’s the major reason 100,000 Iraqis are now dead. And more are imprisoned and tortured with their torturers getting no more than a slapped wrist from the democracy-loving US government. Still, how can you dislike a government that thinks that kidnapping and imprisoning children is prefectly fine and dandy?

If you check the church’s own site, it’s actually 96 not 95 bishops who have signed the statement. Please click here to read their official news report, free of my Commie, atheist, babyeating bias.

As for the US warmongers’ claim that the only way to sort out Iraq is to ‘finish the job’ (presumably by killing every Iraqi still alive), I’ll let the bishops have the last word:

“The only solution seems to be to stay the course. But if you’re on the wrong course, you don’t stay the course,” Carder said. “At the heart of the Christian faith is the willingness to acknowledge mistakes.”
(Source: Common Dreams)