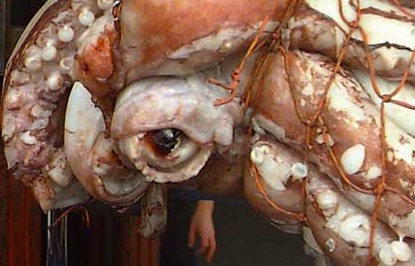 But having such a big penis does have one drawback: it seems that co-ordinating eight legs, two feeding tentacles and a huge penis, whilst fending off an irate female, is a bit too much to ask, and one of the two males stranded on the Spanish coast had accidentally injected himself with sperm packages in the legs and body. And this does not seem to have been an isolated incident since two of the eight males that had stranded in the north-east Atlantic before had also accidentally inseminated themselves.
(Source: CDNN)

We’ve all been there, haven’t we lads?