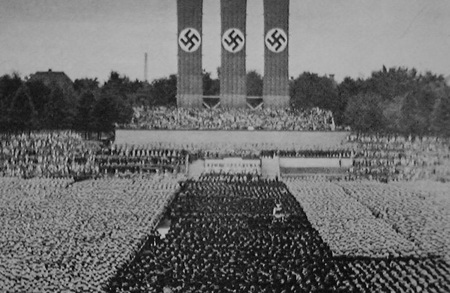 Stefan Jones says: A proposed bill (PDF of text here) by Indiana Republicans would limit assisted reproduction services to people who have a “Gestational Certificate.”

“It’s probably not a surprise that only married heterosexuals would qualify, but the other information the bill suggests be collected reads like something from Eugenics manual.
(Source: Boing Boing)

If you haven’t ever read it, I recommend you read Wilhelm Reich’s brilliant ‘Mass Psychology of Fascism.’ Apart from being the best analysis of Nazi / Tory / Republican thinking I’ve ever read, it’s an eye-witness account of the rise of fascism in Germany. I read it after I’d become disillusioned with orthodox Marxist-Leninist politics and it was a revelation to me. Finally, here was a communist who was analysing sexuality in relation to class struggle and specifically its repression by state / church / political party.

Reich wouldn’t have been surprised that Republicans in Indiana are trying to limit reproductive rights. They’re following in the grand Nazi tradition of dismantling human rights and making them subject to religious and political approval. It was in Reich’s book that I first read that a favourite slogan of the Nazis for the role of women was ‘Church, Children, Kitchen.’ I’m just surprised this hasn’t already been taken up by modern nutty Christian Republicans as one of their campaign totems.

Here’s what the lovely Republicans would judge your right to have children on:

(6) Personal information about each intended parent, including the following:

(A) Family of origin.

(G) Physical description, including the general health of the individual.

(I) Personality description, including the strengths and weaknesses of each intended parent.

Hmmm… values, eh? What values would those be? Say if I was a Ginsberg-quoting hippy, would I measure up to their standards for reproduction? I doubt it. What business is it of theirs what my values are? What gives them the right to judge me? Why should I have to be married to qualify? Surely if God meant for this to be legislation, he would have automagically made it so that un-married people were infertile. Since he didn’t, I assume it’s ok by him that un-married people rut like crazy and breed correspondingly.

And gays wouldn’t even get to this vetting stage, being barred for the crime of being as the Republican God made them. This bit wasn’t that much of a shock. We all know how much them thar Repbulicans hate the gays (and blacks / unions / science / free thought / poor people).

Sometimes I look at Tories and lament at their right-wing fuckheadedness. Then I look across the Atlantic at the havok wreaked by Bible-bashing Republicans and I feel like giving Ken Clarke a snog.

If the Virgin Mary had been born 2000 years later, she might have ended up in an Indiana State prison, if Republican lawmakers there get their way. A proposed bill hopes to make criminals out of unmarried women in Indiana who conceive “by means other than sexual intercourse.”

Peter Svensson says: “Under the proposed Indiana law, if [Mary] willingly accepted the Holy Spirit’s visitation, that would be a misdemeanor: