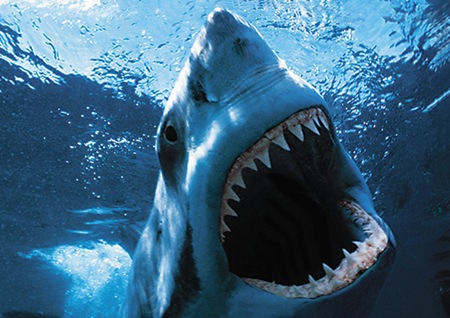 MUSIC managers will today wade into the row over online royalties with the claim that bands and solo artists are being unfairly squeezed in the digital era.

The Music Managers Forum is unhappy that artists typically receive a royalty of 4.5p on every 79p track sold on Apple’s iTunes, a proportion of less than 6 per cent. On a £2.99 single, the performer’s royalty is 35p, or 12 per cent.

Jazz Summers, the manager of the Snow Patrol, and chairman of the Music Managers Forum, said: “Sale prices and royalties have gradually been eroded to the point where an artist needs to sell in excess of 1.5 million units before they can show a profit, after paying for recording time and tour support.”
(Source: Times Online)

So, no surprise to any professional musician that record labels are acting like thieves – we’re used to it. Anyone who’s ever been signed knows about the fiendish complexity of record company contracts and the many ways they seek to screw money out of their artists. Just think of all those fables about mischievous genies granting wishes in unexpected ways and you’re close to the chicanery of packaging and future format clauses.

And now they’re doing the same with the digital download market, ripping off musicians again at the same time as whingeing about “piracy.”

Let’s get this straight, if there’s one group who have consistently acted like pirates towards artists, it’s record labels. The history of their calumny would fill an entire website alone. (Don’t believe me? Ask Alison Moyet for one example.)

We write the songs, we sing them, nowadays we often even record them. Then along comes the record company, pocketing the lion’s share of the profits for doing… what? If you put out your record yourself and paid for manufacturing, marketing and distribution, I’d be very surprised if those functions cost as much as major labels charge. And there certainly wouldn’t be any cross-charging of accounts (you paying for other bands’ costs).

The only practical reason I can see for signing to a major is that they have all the large chainstores and the media sewn-up: unless you’re on a major, it’s pretty-near impossible to get in those racks or on those TV shows. Take a look at the NME – it looks like a fucking free paper for HMV rather than a music magazine. Mmmm… no major corp bias there, eh? No wonder it’s completely outclassed compared by indiepop sites like Junkmedia and Pitchfork.

Now, more than ever, I believe the best course is for artists to be their own labels. And in the digital arena, we’re on an even footing with the majors. If we channel fans from our websites to webshops, we might even be able to make a living out of our music.

Of course, this shiny new future would be all the sweeter if I actually had my label on iTunes. I put my application in last March. Despite having had direct contact with someone high up at iTunes Europe, I haven’t heard a thing since.

Ah well… all I want to do is sell my music online. If iTunes aren’t interested, I’ll have to find a business partner who is.

I got this from Mr. Gareth Thatcher:

… I liked it, but whaddayaknow!? i don’t think you went far enough!

well, sort of. i reckons you didn’t get round to making the point that if anything the artist percentage on digital media should be higher than ‘conventional’ royalties, on account of there being no physical media for the labels to produce and no physical distribution to be done in the traditional sense. so a faster, cheaper, slicker all round profit for them in the first place…

My apologies if you think that that’s automatically implied in the argument. i know that you and i know it and logically arrive at that conclusion, but i’m not sure that anyone reading with no experience of that sort of thing would reach the same logical conclusion.

having said that, it’s your website – you can do what you want with it! tell me to piss off. artist’s rights. 🙂

Yep, a good point well made! I had assumed, as Gaz says, that everyone would understand about the reduced costs, perhaps wrongly?