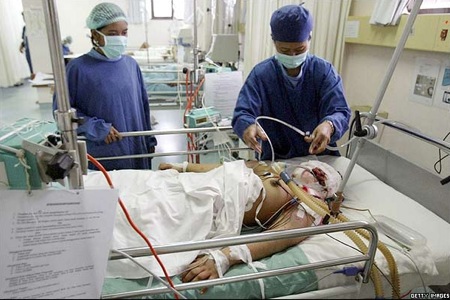 I didn’t find out about the Bali terrorist attacks till quite late yesterday. I had a horrible feeling as I watched the news, it was a mixture of disbelief and… well, not being surprised.

By that I mean that we now live in a world where none of us are safe. Anywhere.

Right now, I’d like a little planet I could move to that’s free of religious nutters and anyone else who thinks they somehow have the (God-given) right to take another human being’s life.

My thoughts go out to the friends and families of the Bali victims.