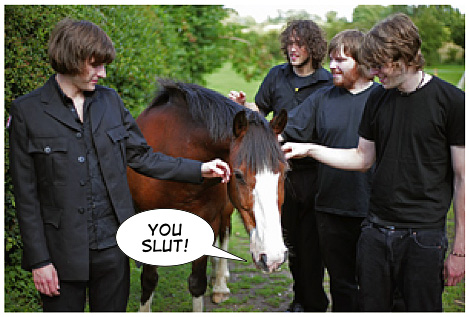 The stupid-time-sig, stop-starty guitar rock world was astonished today by the news that Mr. Ed has now joined You Slut!

The band announced their new lineup at a special conference at Dale Abbey. Their new album will be titled ‘Horseplay’ and features Mr. Ed on vocals, cabasa and guiro.

Seen in his first official press pic above, Mr. Ed was uncharacteristically taciturn.

“Fuck off, you shitters!” he said.