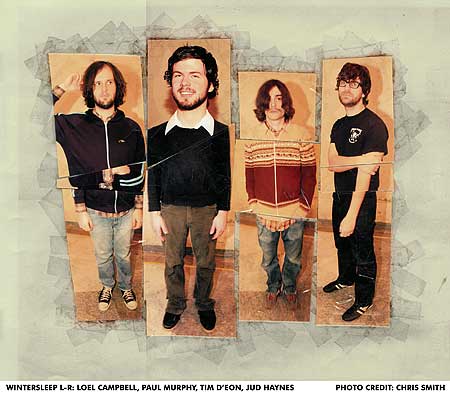 (This is the full version of an article I wrote at the end of March for Reveal Magazine. I’ve done a bit more since then 🙂 )

Tricky feller, Johnny Memory. When asked by Reveal head-honcho Tom to write about my year so far (“Keep it clean, Mishra! And none of your free-form Kerouacian rambling!”), my mind immediately flew to those magical nights swimming with fluorescent sea life off the coast of Antigua. What a wonderful memory!

And then I realised that wasn’t my memory, it was a surfeit of Discovery Channel and mature cheddar. I’ve actually been stuck in Derby all year, squashed under the grey cloud-dome like an ant under the heel of a fat nun.

But I’ve been a busy ant, slipping out to many gigs, one of them the lovely FREE Laura Veirs and Gina Villalobos in-store at Reveal. What a spookily marvellous event! To be able to stand a couple of feet away from Laura Veirs as she crooned ‘Icebound Stream’ was amazing.

I’ve also been busy because there’s so much great new music coming out every week that it’s a struggle to keep up with the new releases. I guess my favourite new rock CD so far this year is Wintersleep’s excellent album (untitled so we’ll have to call it 2005).

Wintersleep are a four-piece from Halifax, Nova Scotia. Their new album is breathtaking: it moves from urgent, thrumming rock to floaty, introspective ballads. At their loudest, they remind me of prime QotSA or perhaps At The Drive-In. It’s the tautness of Wintersleep’s music that hooks the listener, this is unashamedly muscular, powerful rock. It’s far more “traditionally” rocky than most of the post-punk, angular juddering currently coming from Britain. The poppiest track is ‘Jaws of Life’ and I can honestly say every single person I’ve played this tune to has wanted to buy the album. It’s that catchy!

Wintersleep epitomise all that’s great about the modern music scene. They’re a small, independent band making and releasing world-class music on their own label (Dependent Records). The only reason I own a copy of their CD is that I found them via the internet. Without the net, it’d be impossible for me to ever hear bands like this. Why? Because the old media is sewn-up by the majors.

Take a look around, every mass-media outlet is saturated with the anodyne sludge released by the majors. And if you flick through the music magazines, TV channels and radio stations, this is the same aural clag that assaults you. A good way to go completely mental is to flick through the twenty or so MTV-type channels on telly. All those channels, all showing the same ten goddamned videos.

I’m not saying all major-label music is dull and worthless, just 95%. It’s no accident that the most vital and exciting music is all coming out on tiny labels, labels like Dependent :

“Dependent Music is an indie record label/artist collective working hard to promote our talented artists and their music. Started by a couple of bands in Yarmouth, Nova Scotia, in 1994. Dependent Music has grown over the years and now represents musicians throughout Canada at various levels in their careers. Owned and operated by the artists themselves.”

Does that sound familiar? Well, it should do, it’s the same formula behind Dischord, K, Chemikal Underground and so many other beloved indie labels.

Venetian Snares (real name Aaron Funk) has made an album that veers from shy, bovine beauty to extreme ear-mashing nastiness. This is uneasy listening at its finest. The bloke is a gold-plated fucking genius. Who else could make an album that simultaneously evokes Bela Bartok and Ed 209? ‘Második Galamb’ starts with chuntering about a pigeon and some Herrmann-esque strings before journeying into some wild nether-plane pigeons, and humans, don’t belong. I love it. Admittedly, when I’ve DJed it in the Bless, people have left, wincing, but I count that as a success. They were probably off home to stick some Celine Dion or Killers on.

This is a record that I simply couldn’t imagine a major label issuing. They have no understanding of music like this: it’s not “radio-friendly,” it won’t “shift units.” Without Mike Paradinas and his label Planet Mu, I’d never have this shimmering masterpiece. Planet Mu, surely they must be quite posh and well-off? Ummm…nope!

“Well, the label is run entirely by Mike Paradinas and it doesn’t have an office (just a computer & a telephone in his bedroom) or employees as such; Mike gets no wages for his work in running Planet Mu (YET! I live in hope) but we sometimes hire publicity folk to do the press or radio for a particular release. Attila Schmidt (aka schmee) created & maintains www.planet-mu.com also for no financial reward (I bet he lives in hope too). Gee, we must love the music, either that or we are stupid.”

Have a look at this excellent feature on Planet Mu. What does it tell you?

Well, it’s a label of love. It’s basically one bloke, trying to release music that would otherwise end up…well, where? I can’t imagine EMI releasing Shitmat, can you? It’s these tiny labels that independent shops like Reveal support. When you stick down your tenner+ for Venetian Snare’s new album, it’s going through that independent chain back to Planet Mu. Don’t kid yourself that all record labels are full of cigar-puffing fatcats exploiting their artists. A lot of them are like Planet Mu.

As usual, I’ve rambled too much. My space has gone and I haven’t even covered the hundreds of other great albums that have come out so far in 2005. Suffice it so say, if you haven’t got the plump, new babies from Sage Francis, The Decemberists, Stars, Adam Green, Seven Ark…well, you’re missing out!

I’m off to put on Venetian Snares and stick my head between the speakers.
Ta-ra, ya shitters!