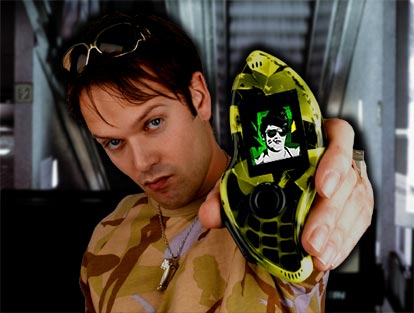 What is it with trendy bastard web designers?

I’ve just spent 10 minutes trying to find gig listings at a venue. To do this, I had to chase some “cool” Flash graphics round a screen, attempting to click on them while they jerkily fluttered around. Then, when I did, the listings came up but the site crashed Firefox. Tried it again. Crashed Firefox again. So I looked for a plain text version.

There wasn’t one. Basically, the web designers are saying if you haven’t got Flash, fuck off.

Are trendy web designers insane? Is it compulsory to come from the Nathan Barley school of style over functionality?

Flash is only a tool. Conceivably, there might even be websites that use Flash in a good way. Maybe. Somewhere.

But the sad truth is, every website I’ve ever come across that uses Flash as its main interface is absolutely awful. You wait and wait for the Flash to load and when it does, you realise your time was stolen from you.

I know designers who love Flash and use it for every project. They’re primarily graphic designers who aren’t geeky enough to realise interfaces in CSS / PHP / Javascript / whatever. Flash is their shortcut to impressive results with little effort and it’s the users’ shortcut to crash-your-browser-sir? hell.

Please, webheads, ditch the shite Flash. We don’t care how clever or cool you think you are, we just want the info.