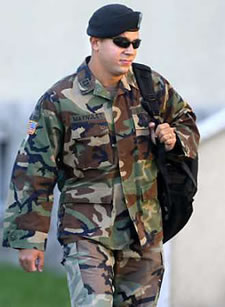 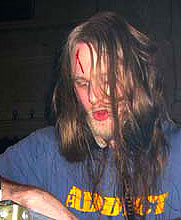 Thanks to Paul for emailing me the the link to this interview:

It all started in Budapest. I was on a castle imagining how great it would be to be a pigeon, to experience that place as a pigeon would. That really opened up a lot of other possibilities instantly, it was a great moment, and the whole album was really born out of that moment and that moment falling apart. Of course I had to come home to Winnipeg to start on it, which I did as soon as I got home.
(Source: The Wire)

Click on the source link above to read the full interview, you won’t be disappointed.

The blogging software that I and many others use, called WordPress, has been found to be spamming Google. The website wordpress.org has been found to be hosting over 100,000 articles written with the sole intention of generating high-revenue, content matched adverts.
(Source: N-T City)

This is a bit of a stunner. On the one hand, I love WordPress and, as Matt N-T C said to me in his email, shouldn’t the writers get some reward for all their hard work? I think they’ve had just over 100,000 downloads of WP 1.5 so far. That’s a hell of a lot of people relying on free software!

I don’t like spam. One of the reasons I don’t enable comments on Bzangy is that in the past, I’ve had to wade through too much semi-literate neo-Nazi bile. The other reason is comment spam, the bane of bloggers everywhere.

So, I’m a bit saddened that someone who’s signed-up against spam appears to be actively spamming Google.

It all seems to have blown-up rather hugely, as you can see if you read the original article linked to from Non-Tech City.

Have a look here at Alex King’s nifty theme browser for WordPress 1.5.