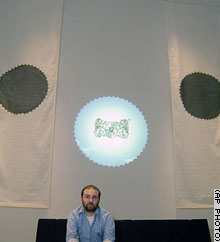 Fake passports created by an Austrian artist for a contemporary museum exhibit were confiscated at an airport after a customs agent thought they might be harmful if imported, government and museum officials said Tuesday.
(Source: CNN)

I got sent the above article by Joalby Phoenix. It’s another example of the Homeland Security forces going doo-lally. Just how convincing were these passports? Was the artist an expert forger? And if he was, wouldn’t he have tried to smuggle the passports in up his arse or something, not packed in his luggage?

What a complete waste of time. Surely if they wanted to find dangerous terrorists out to blow-up America, they should have just asked who the CIA had been giving money, training and arms to lately?