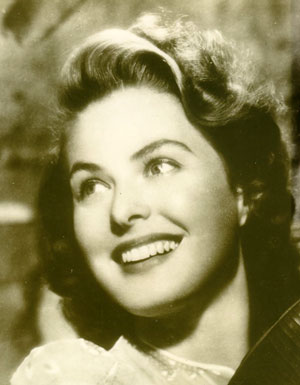 Tonight I was standing in Scream, which was very busy as usual, and feeling a bit Billy-no-mates and twitchy.

Then, as I was watching people dance around, I started smiling. I felt enormously happy and well, as if nothing could bother me, nothing could worry me. My wings were like a shield of steel. Perhaps this feeling was due to a spurious spurt of ?-endorphin in my noggin but I believe it was something else.

I was watching the people dance when it all came together. I understood the pits in the CDs, the reflected coherent light being converted by the D/A in the deck, then amplified and converted to sound by the reverse-microphones and then zooming at around 345 metres per second into the dancers’ ears. Then being reconverted into digital action potentials before ending up in the dancers’ temporal lobes.

I understood the Planck-scale shortness of life, the golden sweetness of fully experiencing it, absolutely lucidly. Not through a muggy haze of alcohol, cannabis or whatever but straight: unfiltered. I watched the dancers, knowing full well that in ten years time, none of them would be out dancing. Well, maybe a couple of weirdos, like me. But, as with the people I used to go clubbing with in 1982 or 1992, the majority would eventually fade away, like Gordie’s friends at the end of ‘Stand By Me.’

I understood that people change. They may rage against the machine when they’re fifteen but by forty they’re another cog in it, rationalising their decisions as they crush their own souls.

And I looked at the dancers tonight and I understood. It all clicked.

There’s a tendency in society to sneer at young adults and I now understand what that animosity is based on: jealousy. For most people, their teens to late twenties is the first and last time they are existentially alive. From there on it’s simply a slide into petty larceny, grand debt and bad faith. They fade away, become ghosts of the people they once were, merely well-oiled automata. In modern society, the oil is TV, alcohol, expensive gadgets, moribund sex. Anything to keep the little workers working. What would happen to society if the machine stopped?

And me? I’m no better. I’ve managed to build myself a life that’s essentially happy but every day I fail. Every day I let other people’s expectations of my behaviour actually influence my actions. Every day I think about all the mountains I haven’t climbed rather than savour those I have. And every day, I give in to doubt, to bad faith and to fear of failure. Why? Because I’m a fucking idiot, the same as every other human being who’s ever lived.

Sometimes it all clicks.

I see a pretty girl in town and I know the iron in the blush of her smile came from the core of an exploding star more than five thousand million years ago. I know that in a hundred or so years she’ll be dead. And so will I, in considerably shorter time than that. So I treasure that smile, the most fleeting, tiny, thing in this implacable, godless, sanguinely uncaring universe.

Then it all makes sense.