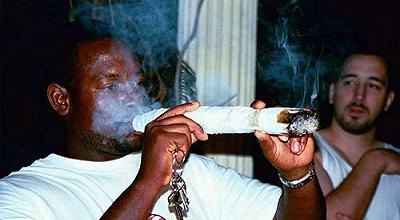 …we are in the process of commissioning an expert review of all the academic and clinical evidence of the link between cannabis use and mental health, particularly schizophrenia.

Don’t believe the mythology that addicts spread. No drug addict is going to examine the medical impact of their addiction rationally, whether the drug is cannabis, nicotine or alchohol. My mother is a psychiatrist so from an early age, I’ve read about drug abuse and its consequences in her professional journals. Here’s a small primer:

Schizophrenia is most commonly characterized by both ‘positive symptoms’ (those additional to normal experience and behaviour) and ‘negative symptoms’ (the lack or decline in normal experience or behaviour). Positive symptoms are grouped under the umbrella term psychosis and typically include delusions, hallucinations, and thought disorder. Negative symptoms may include inappropriate or lack of emotion, poverty of speech, and lack of motivation. Some models of schizophrenia include thought disorder and planning problems in a third grouping, the ‘disorganization syndrome’. Additionally, neurocognitive deficits may be present. These take the form of reduction or impairment in basic psychological functions such as memory, attention, problem solving, executive function and social cognition. The onset is typically in late adolescence and early adulthood, with males tending to show symptoms earlier than females.
(Source: Wikipedia)

Mmmm… it all sounds very tempting, doesn’t it?