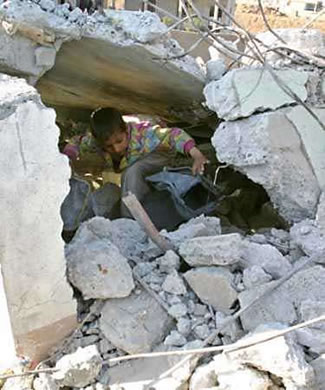 “Bush is one of the key figures leading the church away from Jesus,” says Christian author Don Miller, who wrote the nonbluenose Christian best seller Blue Like Jazz. …

[Miller] couldn’t stomach it when, for instance, Texas Gov. Bush not only allowed the execution of his fellow born-again Christian, the penitent ax murderer Karla Faye Tucker, but made vicious fun of her (“Please don’t kill me!” Bush said, mocking her prayerful plea for God’s mercy).

Miller classifies Bush Christians as modern Pharisees—the allegedly proud, rigid, legalistic hypocrites John the Baptist called “a generation of vipers.” “The worst condemnation that Jesus has for anybody, I mean the worst, is for Pharisees,” says Miller. “If you asked Jerry Falwell who the Pharisees are in our society, they can’t point anybody out.” There are no mirrors in Bush’s church.
(Source: Seattle Weekly News)

I got sent a link to the above article by my friend Paul. It’s a fascinating article, well worth a read if you’re at all religious or even a wheezing old dialectical materialist like me.

It cheered me up hugely. I think I’ve swallowed a lot of the Bushite propaganda so it’s good to see there’s a whole swathe of American Christians out there who are just as outraged at Bush and the neocons as the rest of us are. It must be bizarre to be a lifelong Christian and then see your faith stolen from you and distorted by someone who laughs while ordering the murder of another human being.