Below is pretty much the entire article from the BBC News website. I just wanted to preserve it here. There’s nothing else I can add that would make the evil of the US attack on Fallujah any clearer.

We heard a lot overnight [on Wednesday] and the bombing intensified at dawn. [Wednesday’s] onslaught affected most districts in the city.

There are bodies strewn in the streets and most families were forced to bury the dead in their gardens. I can see lines of bodies alongside the pavement.

I’m talking to you from the centre of the city. I am with my family. But we have no water or electricity.

We are going through our food supplies very quickly. No more food can reach the city.

Falluja is closed off. There is no escape. We are all surrounded. I hope my appeal will reach our British and American brothers, that this city has not just landed from another planet.

We are human beings. This is an Iraqi city. Why should we have to go through this? I am just lost for words.

The situation in Falluja is very bad. It’s been bombed extremely hard, destroying the streets and mosques.

They hit a second hospital [on Tuesday], killing everyone. There are dead bodies in the streets. People have been burying their dead in the gardens of their homes.

Everywhere you go there is great fear. My family left the house before the bombing but my friends and I stayed.

We didn’t think the air strikes would be this strong. We were so scared this morning, we escaped across the Euphrates in small vessels and along country roads that the Americans have not yet discovered.

It was a very dangerous thing to do. We were at risk of getting killed at any moment.

There are more dead bodies on the streets and the stench is getting stronger.

A house some doors from mine was hit during the bombardment last night. A 13-year-old boy was killed.

It is very dangerous to try to leave the city at the moment.

We are completely cut off from the outside world – no electricity, no water.

People are dying from their injuries because there is nowhere to go for treatment.

A clinic that was serving as the last hospital in the city was bombed two nights ago.

Some families have begun burying their dead in gardens and backyards.
(Source: BBC News)

Today, Ele and I went to London to take part in an emergency protest outside Parliament. Click here for the pics. The protest was to demand the removal of British troops from Iraq and also to support relatives of British troops who were trying to present a wreath to Tony Blair.

Have you heard Blair lately, waffling on about the Black Watch and their brave sacrifice? This is how much he really cares about those soldiers:

Downing Street was plunged into a row with Scotland Yard today after soldiers’ relatives were banned from laying a wreath outside No10.

Families of those killed and serving in Iraq reacted with fury when police told them they could not make the gesture or hold a minute’s silence on the steps of the Prime Minister’s residence.

A No 10 spokeswoman blamed police for the ban, but was forced to backtrack once Scotland Yard pointed out that its officers were following orders.
(Source: This Is London)

Notice how the scum even tried to pin the blame onto the hapless police? How cowardly and mendacious can the Blair regime get?

The relatives have now formed Military Families Against The War. At the rally in Parliament Square, I was privileged to hear some of them speak. Their anger and sadness was horribly moving. Some of the relatives, like Rose Gentle, have already lost children in Blair’s war. Others, like James Buchanan, want their children out of the cauldron of Iraq before they also lay down their lives for Bush’s oil and Blair’s ‘special relationship.’ Here’s a taste of the fury of the speakers:

James Buchanan’s youngest son Craig, 24, is at Camp Dogwood in the so-called triangle of death, while Gary, 27, has just returned from Iraq.

He said: “Our lads’ job is fighting but not for the Americans and not for the lies they were told.”

And in a withering attack on the Defence Secretary [Geoff Hoon] he added: “If I saw him in the street I will kill him. I will slit that man’s throat.

“He will not apologise to the people of Scotland. It’s a disgrace.”
(Source: The Scotsman)

Compared to the last national demo or even some of the smaller events, today’s protest was tiny. But I’m so glad we went. I got to hear, first-hand, what relatives of soldiers killed in Iraq think. Not via a website or a paper or the increasingly pro-Bush/Blair TV news but from their own mouths.

And it made me ashamed.

Ashamed that this country can send off troops, some of them no more than kids, to die in a foreign country that has never attacked Britain and posed no military threat to it whatsoever. Blair can keep trying to retroactively paint the invasion as being about ousting Hussein but, as usual, he’s lying. He sold it to the British people as about WMDs, about Britain being “45 mintues from attack.”

Blair lied and now British troops are dying. Add them to the pile of 100,000 Iraqi bodies.

I heard the voices of the relatives of British military today. They’re calling for you to support the troops. How?

By helping their campaign to bring them home. Alive. 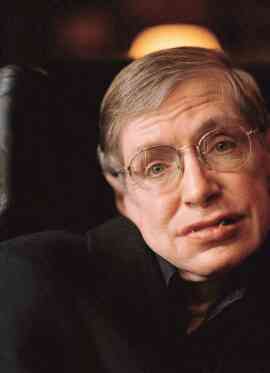 LONDON (AP) – Britain’s most famous scientist, Stephen Hawking, condemned the U.S. led invasion of Iraq as a “war crime” and said Tuesday it was based on lies.

“The war was based on two lies,” said Hawking. “The first was we were in danger of weapons of mass destruction and the second was that Iraq was somehow to blame for Sept. 11.”

“It has been a tragedy for all the families that have lost members. As many as 100,000 people have died, half of them women and children. If that is not a war crime, what is?”

Hawking, the bestselling author of A Brief History Of Time, was joined by other public figures. Similar events were being held in Spain, Italy, Australia, the United States and Iraq.

“Our message to the U.S. is that the war is illegal and unnecessary, and we want our troops to come home,” said Andrew Burgin, a spokesman for demonstration organizer Stop the War Coalition. “We also want to highlight the enormous number of Iraqis killed in this conflict who are so often ignored.”
(Source: CNews)

I’ve been a fan of Hawking’s for a long time. I’m not clever enough to understand even a baby version of the maths behind his theories but I can just about follow the pop-science versions that Hawking has provided in classic books like ‘A Brief History of Time.’ I don’t subscribe to the sentimental vision of Hawking: ‘oooh, look at the poor dear, trapped in that wheelchair, isn’t he brave?’ If you know anything about Hawking’s life, you’ll know this is a laughably inaccurate view of how he feels about his disability.

But it does irk me when all Hawking becomes is a crap joke for halfwits everywhere. The barely literate lampooning someone whose mind has soared through the light years between stars and the boiling vacuum between atoms. There’s a hint of Nazi anti-intellectualism in that humour as well. Not to mention that Nazis weren’t too keen on the disabled either. Not big on wheelchair access, Nazis.

I only found out today that Hawking had spoken at this rally, over a week ago. I check the antiwar news everyday but saw no mention till now. I just tried a proper google and all I got were non-UK sites reporting his speech, nothing from the BBC. I suppose that shouldn’t come as a surprise: the last thing Blair wants on the telly is one of the finest minds of this generation calling him a war criminal. What would Blair’s comeback be? He couldn’t exactly call Hawking a moron, could he?

Hawking is an inspiration. Not because he’s “brave” in the face of his disability or any such patronising shite. He’s an inspiration because he’s a world-famous intellectual who is speaking out against the war crime that the UK and US are committing in Iraq. Like Noam Chomsky, this will inevitably make Hawking villified by the crypto-fascist American Christian fundamentalists. They will heap insults and calumnies on his head as they do anyone who dares to stand up to the New American Empire. As always, their method will be argumentum ad hominem rather than addressing the facts in the Iraqi slaughter. So, Hawking is taking a personal risk in speaking out. He’s making powerful enemies.

Think of all the famous people there are in British society. The classroom-quoted comedians, the bad lad footballers, people who command public attention. Think of all the “rebel” musicians, proudly displaying their drug-snorting, groupie-shagging antics in the tabloids. Oooh! So dangerous! Taking drugs your grandparents took – oooh, how big and clever! But what have any of these designer-label subversives said about the war?

And yet, Stephen Hawking has. He didn’t have to: he could easily stay out of politics and keep his opinions to himself. But he’s added his voice to the millions around the world that now regard Bush and Blair as war criminals. He’s realised that silence equals complicity in this war crime.