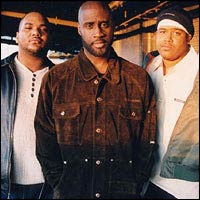 Tonight’s top new tune was De La Soul’s ‘He Comes’ which is taken from their stonkin’ brand new album The Grind Date (released today!). What can I say about De La Soul? From first hearing their stuff in 1988/89, I was hooked. I remember getting the 12″ of ‘Eye Know’ and marvelling at the sample layering, Otis Redding over Steely Dan over this, over that. It’s the sheer musicality of De La’s juxtapositions an re-contexutalisations that makes them one of the best hip hop groups ever but also one of the best pop groups of the last twenty years. They never fail to deliver, every album contains new gems, whether it’s the happy-clappy ‘Saturday’ or the sombrely beautiful ‘Breakadawn’ up to this year’s ‘He Comes.’ Fucking geniuses!

Tonight’s top old tune was The Go-Betweens’ ‘Streets Of Your Town.’ I deliberately played this sublime indiepop classic after Belle and Sebastian because The Go Betweens invented and stretched some of the classic indie pop forms that people take for granted now. The opening summery chords were recently sampled by some crappy dance track. But they missed the point: as much as De La Soul, The Go Betweens always presented puzzles of juxtaposition and context. Listen to the song and then sing along with it and you’ll see what I mean. They’re hardly your run-of-the-mill schmindie lyrics.

An amazing, startling band, sadly widely unknown unless it’s by old indie trainspotters like me.

Watch the butcher shine his knives: