Yesterday, I had my mate Dave round from the jazz-prog ensemble Plans and Apologies. As he had a bit of spare time, I bunged him into my studio and we recorded one of his acoustic songs, ‘Powercut.’ The whole process, to finished CDR, took around 70 minutes. I listened to the track today and it sounds better than about 95% of the stuff in the charts, both in terms of songwriting and recording.

Now, I know recording an acoustic track is relatively uncomplicated compared to an entire band. I know that as the number of musicians involved increases, the time taken to record them also increases hugely (if you’re dealing with P and A, exponentially). I’ve recorded rock bands on four track, eight track and multitrack DAW systems. Even if they’re all sober and not fucked on drugs, it can be a hellishly intimate process. Getting the performances, getting the one great take down onto tape/disk. Dealing with the relationship between the inevitably tortured and misunderstood songwriter(s) and non-writing members. All that is why I don’t record bands commercially any more. Plus I think all musicians are cunts, myself included.

Sometimes I hear something new and the shiteness of modern music slaps me in the face. I feel that recorded music has never had as high technical standards and as low musical worth. It sometimes seems that half the population is on some kind of music tech or recording course, all learning how to do a job that they’ll most probably never hold, since the number of pro studios is shrinking all the time. Having seen what’s taught on some of these courses, the content seems to be a primer in turd polishing. They’re forgetting the golden rule: garbage in, garbage out.

Everybody’s obsessed with the tech specs, with 24bit, 192KHz, pristine signal chains. With the newest, most esoteric synths, plugins, and gaudiest rack candy. Or they’ve become retro-snobs and won’t even look at a piece of gear unless it glows and crackles like a nuclear toaster when you switch it on. Two sides of the same coin, the fetishisation of the recording process. Song? What’s a song? 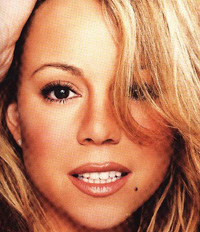 Then there’s the other devil, the dark side that swallows so many promising musicians. No, not drugs but the evil that is wankery. By which I mean totally soulless technical proficiency. If you want an example, just listen to any modern pop/r’n’b song in the charts. The singer won’t convey any real emotion, they’ll just warble up and down, showing off their ability to hit a series of pointless, emotionless notes. It’s the vocal equivalent of guitar fingertapping. Only poor artists cover up their lack of soul with flashy pyrotechnics. More to the point, I can easily program a sequencer to replicate fingertapping or autotune to replicate hyper-warbling. I can’t program a computer to play like Charlie or sing like Stevie.

You see, I’m not making some Tony Wilson-type argument that all musical technical ability is evil. I just believe that technique is there to serve an artist in their communication with the audience, not as an end in itself. Anything that doesn’t help a musician connect more effectively is a complete waste of time. And it smells of wee.

But open your ears and you’ll hear many records where the singer can sing in tune, in time and remember all the words. In fact, they can cover more octaves than the average bat. It’s all impeccably recorded and produced, they’ve spent hundreds of thousands on promotion and marketing and… and there’s nothing. No emotional resonance, no connection, none of the joy/sorrow that real music produces in the listener in that magical way.

Every week I spend hours downloading new music, scouring the net for songs that hit me and hurt me. They’re out there, the real artists, people like Athletic Mic League, The Dresden Dolls, Huoratron, Say Hi To Your Mom… well, I could go on and on. If you want more of an idea, look at my DJing pages.

It’s no surprise to me that a lot of those artists are on tiny labels, sometimes self-funded. With limited resources and limited equipment they make the most vibrant, powerful music around now, whether it’s hip hop or alt rock. Yeah, and some of them sing a wee bit out of tune at times. I don’t think Eric from Say Hi To Your Mom would be offended by me saying he isn’t technically as good a singer as Mariah Carey or Celine Dion. But I’d swap every record ever made by those hyper-hyped fake-soul divas just for one of his weary, Cohen-esque groans.

Emotion is everything. Emotion is the core of all great music, whatever genre. Not technique, not recording quality, not marketing, promotion or glossy videos. I would love to start a cultural revolution which overturns all the current obsessions with hi-fidelity and vapid, rapid notemongering. 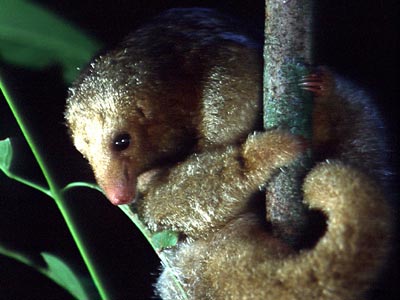 A silky anteater. Nothing to do with this rant, I just think they’re cool.

I want to see people starting their own labels, realising they don’t need to wait for anyone else’s permission to express themselves. And, most crucially, realising that great sales do not automatically equate with great merit. We’ve absorbed too many capitalist shibboleths into the process of music making, they’re eating away at the art form from inside. We don’t need fat blokes making diabolical plans in cigar-smoke-choked boardrooms, we’ve internalised all their values ourselves.

As musicians, as recordists, we listen to our internal censors too much and the result is puddingy music. We’ve become afraid of the world, afraid of being out of tune or poorly recorded because we’re all subconsciously trying to compete with Jessica bastard Simpson. Slaving over every tiny fucking detail of every recording, unable to let go and release it into the world. I’ve known musicians for whom home recording has removed the financial constraint of studios but instead of liberating them, it means they work on the same song for years, till they’re bored with it and move on, never having released anything. 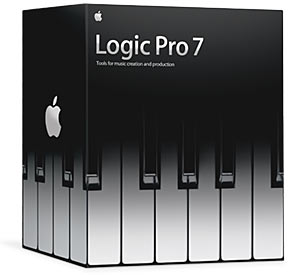 Logic 7 – I’ve just ordered the upgrade but will it make my music any better? Nope!

That’s why art thrives with limits. You’ve got 255 audio tracks, a hundred softsynths at your fingers, reverbs which can model the Mariana Trench to picolitre accuracy and yet Brian Wilson made better records bouncing tracks in mono. It takes genius to work with an infinite palette, most of us mere mortals would be better off starting off with the primaries. All the other shit just gets in the way of emotion, drains it out of us before we can even name it.

In these days of protest singers hopping out of their limos for a couple of hours to produce yet another album of Pro Tooled Punk, real emotion in music has become the rarest of gems. And the song is an endangered species.

Treasure it wherever you find it.