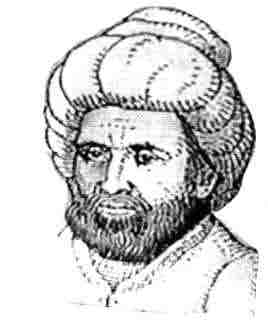 I first learnt about al-Khwarizmi when I was a teenager. I’d become obsessed with computers and I dreamt of owning what was then the Rolls-Royce of personal computing, a BBC B Micro. I’d used one at school and got hooked, loving the fact I could use 6502 assembler easily and the neato procedure calls. Plus I’d memorised lots of peeks and pokes for the little blighter. Sadly, I was too crap at maths to write efficient, beautiful code.

I got more interested in the history of computing. It was simple enough to find out about Turing, Von Neumann, Babbage and the rest but where did the word ‘algorithm’ come from?

Yep, you’ve guessed it. It’s a corruption of al-Khwarizmi:

[al-Khwarizmi] developed the concept of an algorithm in mathematics, and is thus sometimes given the title of “grandfather of computer science”. The words “algorithm” and “algorism” derive ultimately from his name.

He also made major contributions to the fields of algebra, trigonometry, astronomy, geography and cartography. His systematic and logical approach to solving linear and quadratic equations gave shape to the discipline of algebra, a word that is derived from the name of his 830 book on the subject, Hisab al-jabr wa al-muqabala (???? ????? ? ????????).
(Source: Wikipedia)

I find it amazing that the concepts of algorithms and algebra both trace back to a single person. Can you imagine what kind of brain this bloke must have had? Not content with that, al-Khwarizmi also popularised the use of Hindu numerals 1 2 3 4 5 6 7 8 9 and 0. Now they’re commonly known as Arabic numerals but us Indians got there first. These numerals and the crucial use of 0 as a place holder in positional base notation were then popularised in the Western world via a translation done by a certain Signor Fibonacci. Small world, innit?

In the unreal world we all live in little separate boxes: male versus female, black versus white, gay versus straight, the “civilised” West versus “barbaric” Islam.

But the real world has been multicultural and totally interconnected for thousands of years. If you’re a true Nazi, then you shouldn’t use any form of mathematics influenced by al-Khwarizmi. Which is everything in the last thousand years. Come to think of it, if you’re a real Nazi then you shouldn’t be reading this since the modern notion of computing itself was invented by a gay man. Computers are totally gay.

Thus, the greatest loss for humanity is the waste of ourselves, of our best natural resource. Think of a modern-day al-Khwarizmi, living in Baghdad as a small boy. Perhaps he’ll be the one to develop the unified quantum theory of gravity. Or perhaps there’s a girl in the same city who’ll one day develop the cure for cancer. Not much use if these young geniuses are killed in a brutal invasion by the “civilised” West, is it?

The only way we’ll ever survive on this mudball (and perhaps get off it one day) is if we mature as a race, if we realise that all we have is ourselves. And we can’t afford to waste a single human life, let alone fritter away millions in wars. We have to pull ourselves up by our own bootstraps.

In the words of that rousing communist anthem, ‘The Frog Chorus,’ :

Win or lose, sink or swim
One thing is certain we’ll never give in
Side by side, hand in hand
We all stand together!

And now, thanks to al-Khwarizmi, here are the piccies from tonight!