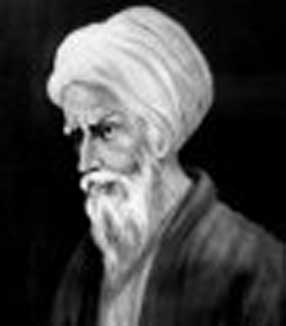 Alhazen. The nutter. Or is he just pretending?

This week’s photos are dedicated to Abu Ali al-Hasan Ibn al-Haitham, more commonly known in the West as Alhazen.

One of the foremost minds of his generation, he produced groundbreaking work in astronomy, number theory, geometry and, of course, optics. He wrote 92 works in his life of which 55 survive. I didn’t know that much about his life history but after googling around, I’ve found a few common facts that seem to hold together.

He was born around 965 A.D. in Basra, Iraq and raised in Baghdad. Early on he came to distrust religion because of the many conflicting viewpoints, all of which claimed to be the only truth. Instead, he turned towards science and became highly regarded in many fields, most notably mathematics and physics. He gave up his civil service position and later moved to Egypt and based himself in Cairo. Here, he got into trouble with the Caliph Al Hakim when he undertook a project to dam the Nile. When he actually surveyed the task, he realised it was far beyond the resources allocated. So, wanting to keep his head, he pretended to be mad for 12 years until the Caliph had died. Hardcore or what?

His greatest contribution to optics was his rejection of Aristotle’s theory of sight. Aristotle posited that light rays travelled out from the eye and illuminated the world. Alhazen conducted a simple experiment: he constructed a darkened room with a small hole in one side and placed some lamps outside.

This demonstrated both that light travelled in straight lines and that, even though the light from the five lanterns all travelled through the little hole at the same time, it did not get mixed up: there were five ‘lights’ on the wall inside the room. He deduced that this is how the eye worked, which had been the subject of a long debate. Aristotle had believed the eye sent out rays to scan objects, but Alhazen believed the opposite to be true, that light was reflected into the eye from the things one observed, thus overturning a thousand years of scientific thought. His experiment was the first scientific description of the ‘camera obscura’ (dark room), the principle behind the pinhole camera.

The pinhole camera is the first ever camera in the sense we use the word nowadays. Thus, Alhazen had invented the foundations of photography. Now, nearly a thousand years later, I use the fruits of his work to take pictures of women flashing their boobs in Scream.

I think he would be proud.