Just a few snaps, out where everything’s bright and buzzing and full of life: 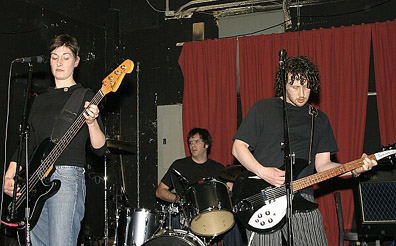 Tonight’s best new track was The Jeunes‘ ‘Obvious.’ A very pumping, poppy track that owes some debt to post-punk without the influence being slavish like some current bands. I found out about The Jeunes just by downloading an EP of theirs, totally at random. I’d never heard of them before.

Last week, I had an email from their drummer, Curtis. He’d spotted their track (googled it) on my playlist. I replied, hoping he wouldn’t be peeved that I’d downloaded their EP. I got another email from him tonight and it turns out that James (the singer) posted up the tracks, hoping they’d get around. Well, that plan worked beautifully, didn’t it? 🙂

Just shows what bands can do to compensate for the absence of major-label promotion money. The internet is still wide open, I’m sure the powers that be will eventually shut it all down or make it one trillion pages of Murdoched shite. But at the moment, small bands can reach people in all kinds of curious and very cheap ways. If you actually get off your arse in the first place, that is.

Tonight’s best old track was by R&B daddy Louis Jordan. ‘That Chick’s Too Young To Fry’ is a brilliant pop song. Although you definitely couldn’t get away with pop lyrics like that nowadays…

There ain’t nobody here but this playlist: