You know how it is – you need to phone someone on your mobile but you haven’t got their number in it. You’ve got it in your Pilot/Psion/Outlook but that’s at home…

You’ve been out and, inevitably, bumped into people and put their numbers into your moby. Now, since your phone doesn’t synchronise to anything, you have to find any new entries and then laboriously re-enter them into your organiser hardware/software.

If you’ve got a lot of contacts, friends or business, and have had the above happen, then you’ll probably be switching to a Sagem-type device in the next few years. The whole point of the WA 3050 (snappy name, eh?) and similar jobbies like the Nokia 9210 or Trium Mondo is that they combine proficient electronic organisers with mobile phones. Therefore, if you’ve got your phone on you, you’ve got your entire list of contacts. And if you bump into someone, you’ll be entering their details into your organiser, not just a phone. And all these devices synchronise to PCs (and sometimes Macs) so you can backup your data cheaply to CDR. So, if you ever lost the
device, or it got nicked, at least you wouldn’t lose all that essential data. Thankfully, you can also password-protect the Sagem so if some knob did nick it, they wouldn’t have instant access to your life.

I bought the Sagem from Amazon and it was bloody expensive at nearly £700 but it’s already saved me loads of hassle. It integrates phone, contact, fax, SMS, email, web, wap and other functions very well, if sometimes a little frustratingly. For example, it’s great that all you have to do to call or email someone is tap and hold their name in Contacts but why isn’t there also an SMS option? Sounds like a minor niggle but it does feel clumsy that you have to use a different and slower menu for picking an SMS
number.

But, geek that I am, other things please me immensely. Even though I’m connecting at a ridiculously slow speeds, there is fun to be had in viewing web pages in Pocket Internet Explorer. Okay, huge pictures take aeons to download but it’s so easy to browse text-heavy sites (like this one) and there’s also the sites that do special, mobile versions. The mobile version of The Onion is a favourite of mine and it’s very cool to be able to access it anywhere you can get a phone signal.

It does look a bit weird, especially if you’re using it like a phone. Then again, you’ve always got the option of going into hands-free mode and using it like a classic Star Trek communicator. Mmmm…

Also cool is the built-in recorder which you can activate in any mode just by pressing a button on the side. Depending on available memory, you can record little reminders to yourself or, very usefully, record an incoming call. This means instead of frantically scribbling down an address or number when you’re on the phone, you can just record it and then listen back at your leisure. I’ve already used this feature to phone a mate sitting next to me, switch the volume up and then record the hideous, warbling feedback that we got from putting the phones next to each other. I’ve now got a truly horrible sound that I plan to use in a future White Town track.

The Sagem can also use any .wav file you transfer to it as a ring tone so goodbye annoying bleeping, hello Sound Of Da Police. I’ve not used this option myself, I’ve left it on the standard ring cos I think personalised ring tones are as wanky as personalised number plates. But… a bad little part of me is tempted to use the trumpet sample from ‘Your Woman’ as my ring tone

There’s loads of other WinCE/Pocket PC stuff on the Sagem, including Pocket Word and MS Reader. I’ve played with most of it and it all works well and intuitively. I do wish they’d stuck on a couple of games alongside the inevitable Solitaire, though. It’s not exactly pushing the Sagem to its limits.

The Sagem is a great little gadget and you can get it cheaper if you buy it with a phone contract. I’m using mine on a Virgin SIM I transferred from my previous phone and it’s happy with that. The non-contract price may seem high but to have the same kind of functionality you’d have to spend at least £400 on an organiser and maybe $150 on a phone and you still wouldn’t enjoy the same degree of integration. 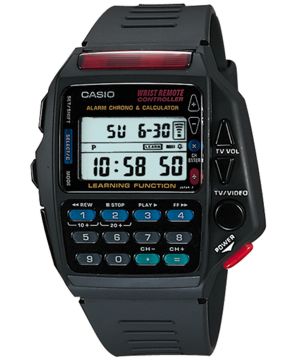